Sandra Oh and Andy Samberg hosted the 76th annual Golden Globes and their opening monologue was a refreshing take on the standard “roast-filled” opening.

While some weren’t impressed with the new take on theÂ opening, manyÂ felt it was a refreshingly fun and upbeat introduction for the traditional awards show.Â

You knew they were hosting, but did you know they were ROASTING?! #GoldenGlobes pic.twitter.com/HBwV992Hhh

The monologue included poignant remarks about overdue cultural shifts in Hollywood. The beginning of the monologue began with Oh and Samberg’s complaintsÂ about their least favorite race… the L.A. half-marathon.

They continued on with a not-so-standard “roast” of the celebrities in attendance, such asÂ telling people they’re very handsome, complimenting them on their hard work, and Samberg saying that he wishes Jeff Bridges were his dad.

Andy Samberg & Sandra Oh kicked off #GoldenGlobes hosting duties by “roasting” the stars with…compliments!
I. Love. This. So. Much. @goldenglobes

The opener ended with Sandra Oh emotionally speaking to the camera about how important it is for Hollywood to be serious about opening itself up to other perspectives and experiences beyond those of straight, white men, and honestly, it was all very good. 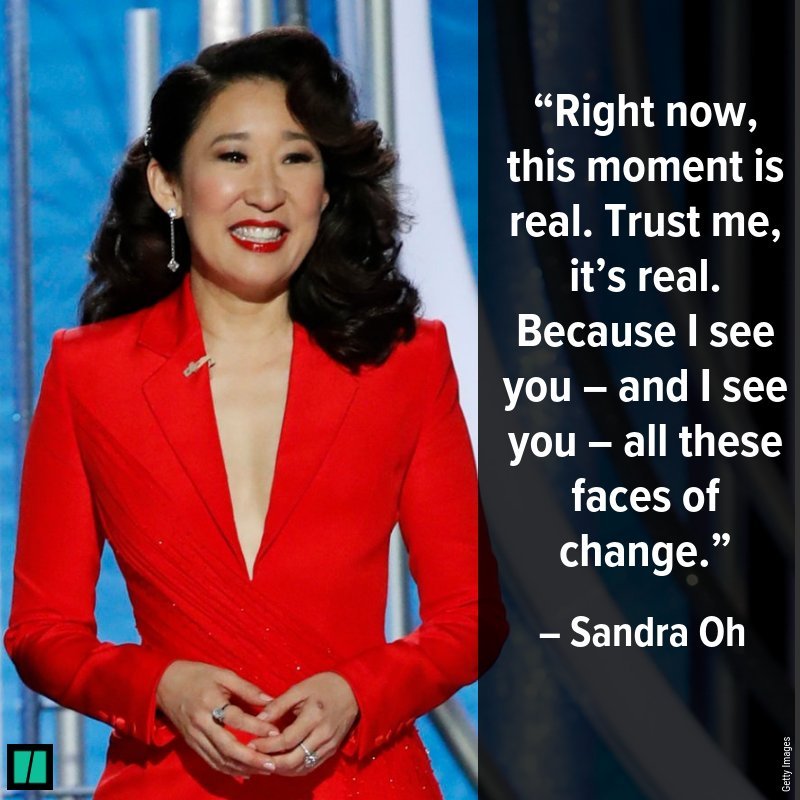 “Witness this moment of change,” Oh said, “Right now, this moment is real. Trust me, it’s real because I see you and I see youâ€”all these faces of change.”