President Biden's motorcade took off in Las Angeles on Tuesday, and it was spearheaded by Ferris Bueller's Day Off actor Alan Ruck... You know, the one who famously crashed his Dad's Ferrari in the movie?

Don't worry, he wasn't the one driving the POTUS around. He was one of the many drivers chauffeuring the reporters for the event.

Ruck, who played Cameron in the 1986 film, posed for photos with reporters and fans before starting the 17-minute drive in Long Beach, Calif.

Biden was in California to campaign for Democratic Gov. Gavin Newsom. He faces a recall election on Tuesday. Bidens next stop is Colorado before he returns to Washington, D.C. Volunteers often pitch in with presidential motorcades such as this one. 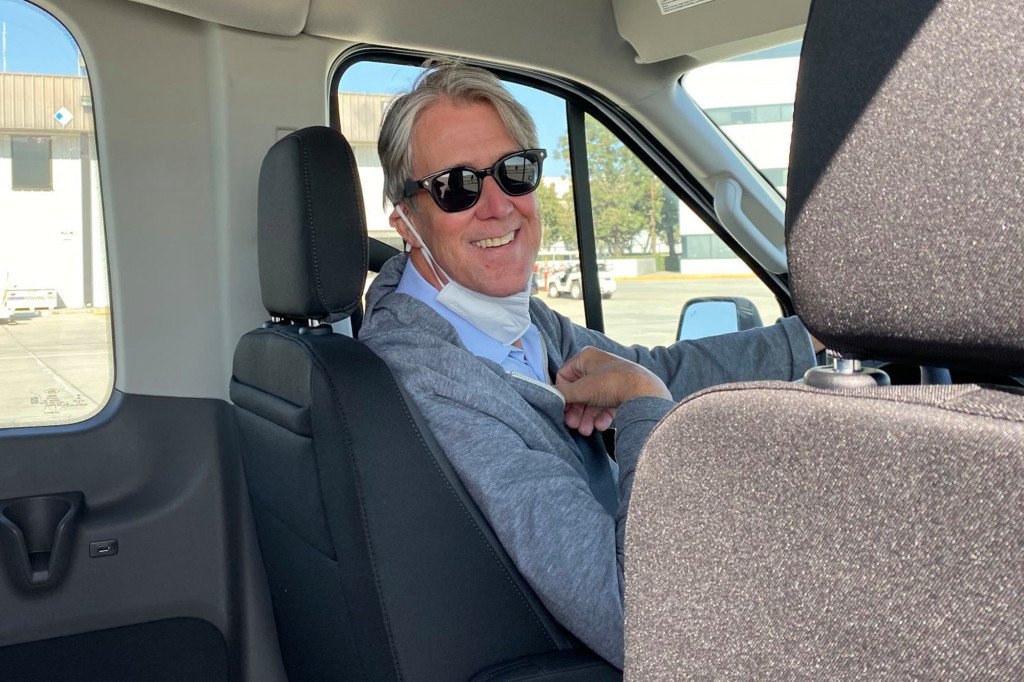 Ruck volunteered for the position and the fame ensued. Obviously, it's pretty ironic that he would opt to drive in a motorcade when one of his most notable characters famously crashed a car.