Brayden Lawrence turned 8 years old and she's already got a full-time job! This Atlanta, Georgia middle schooler threw a party for herself and ten friends that any millennial would be envious of.  The kids took over the local Target store wearing red shirts and khakis. The girls participated in a scavenger hunt that ended with Brayden checking them out at the register. 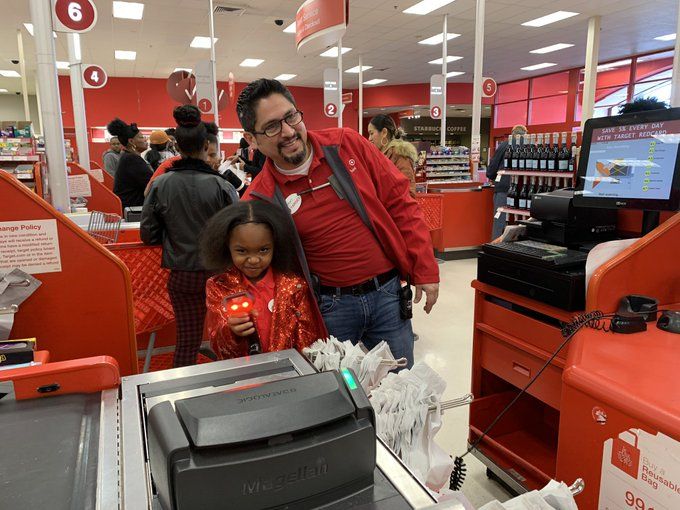 "Brayden is obsessed with Target. She will literally just ask to go walk up and down the aisles. She loves it and will spend hours in Target," said Rikki Jackson, Brayden's aunt who tweeted out the party videos. The family got special permission from the store manager to have the iconic party in the store. "We got all the kids uniforms & walkies and the manager made them name tags!" said RIkki.

"They were great. It was cool. It was as loud as the little 8-year-old girl can be. It was joyful loud," said the executive team leader of human resources at Target in Atlanta, Alberto Sanchez, "They were basically like Target team members, which was pretty cool." The girls were in and out early before the store hit peak hours, so the new team members did not disrupt sales.