Once hailed as “nightmare fuel” by critics, Gritty has quickly become the mascot of our dreams. Â Caiden O’Rourke, double amputee, might be the biggest Philadelphia Flyers fan in hockey. O’Rourke was born with ectrodactyly and amniotic band syndrome, which means he has bone problems that have resulted in losing his leg in the womb.

During a routine prosthetic fitting, Gritty stopped by the surprise Caiden with a brand new orange leg. The best part? It was covered in Gritty’s face. He also gifted Caiden a personalized Flyers jersey. 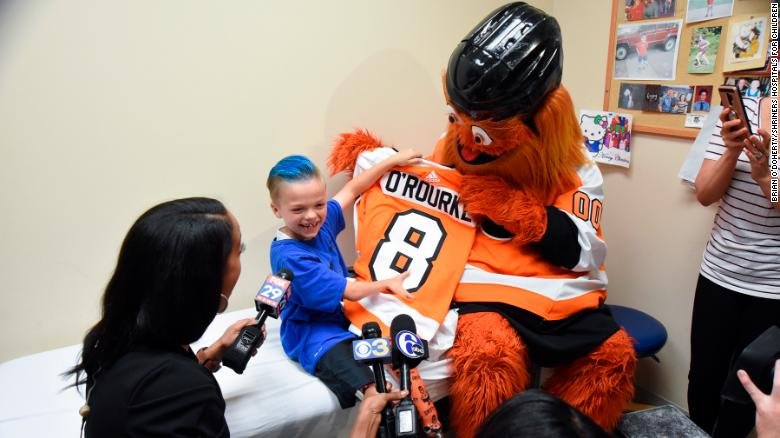 Caiden was in the presence of true stardom, as Gritty has recently been voted the NHL’s fan-favorite mascot. He’s mostly silent, but Caiden’s excitement was too much for words anyway. Gritty seemed happy, though his unblinking stare makes it hard to tell. 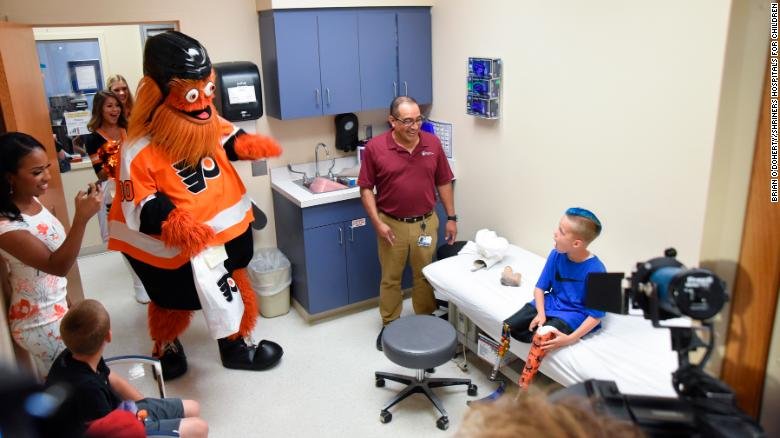 Caiden O’Rourke continues to attend therapy so he can fully use his right-hand, which was reconstructed in 2014 with bones from his feet put into his hands. He is treated at Shriners Hospital for Children in Philadelphia and is excited to show off his new Gritty faced leg at Flyers games next season!