When Mom Laura Pyle let her daughter pick out a sparkly green dress for her school pictures, she didn’t even think twice about it. She’s the type of mom that encourages her kids to be independent and creative. Unfortunately (or maybe, fortunately?) this particular instance ended up backfiring.

When her daughter’s proofs came in, Pyle was greeted with 87 photos of her daughters green dress suddenly becoming the backdrop ofÂ every single photo. Apparently, the school had been using a green screen so that parents can pick out a background that they like.

Pyle completely forgot about the green screen and was only reminded when the pictures came in.Â “I honestly never gave it a second thought. When I was in school the photographer brought each backdrop with them. Had I been thinking, I probably should have realized there’s no way a photographer could carry this many backdrops. But mom brain kicked in.” 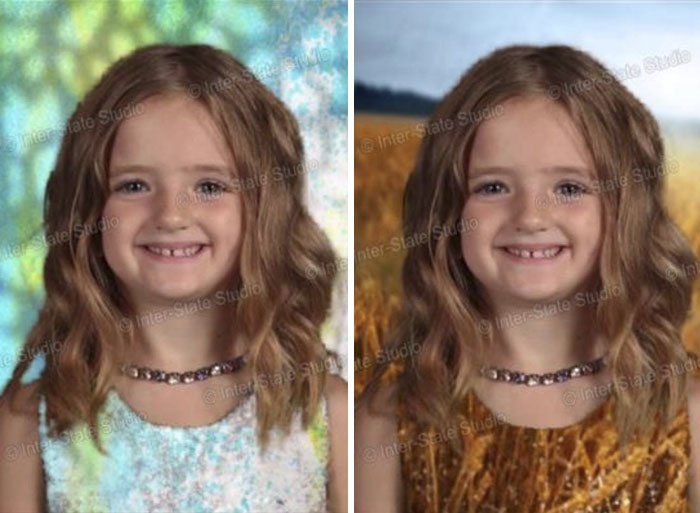 Instead of being upset by this mistake, Pyle literally burst into laughter.Â “I immediately dropped my phone, laughing hysterically. The photos are absolutely hilarious. Because the dress was sleeveless, I think the proofs turned out perfectly. She isn’t just a floating head, but her dress blends so well.”

Pyle immediately ran to Facebook to share this mishap with friends and family, opening up with “Y’all. THIS IS THE BEST F**K UP I HAVE EVER DONE.”

Naturally, the photos went viral. This is probably the best case scenario for any picture day screw up! 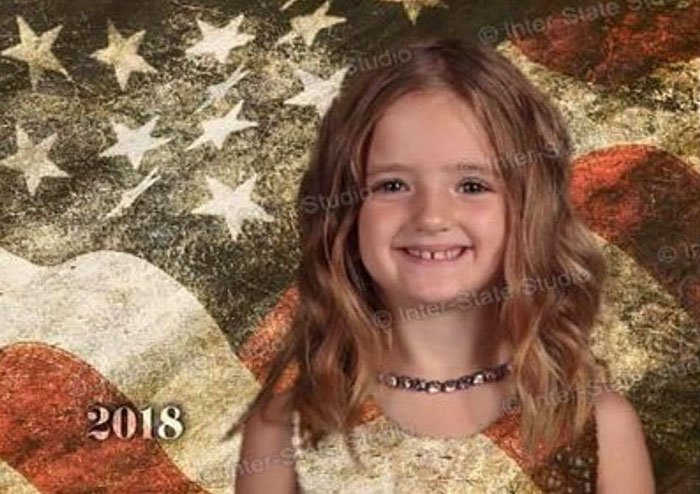 This will make a great story for years to come for this little family. Maybe this could be the start of a new picture day tradition?