When a 34-year-old man was drowning in a pool in St. Paul, Minnesota, a young boy jumped in to save him.

AdvaikÂ Nandikotkur was hanging out at the pool at his apartment building with his family when a man sank to the bottom of the deep end. AdvaikÂ was the only other person by the pool who knew how to swim, as his immigrant parents never learned. 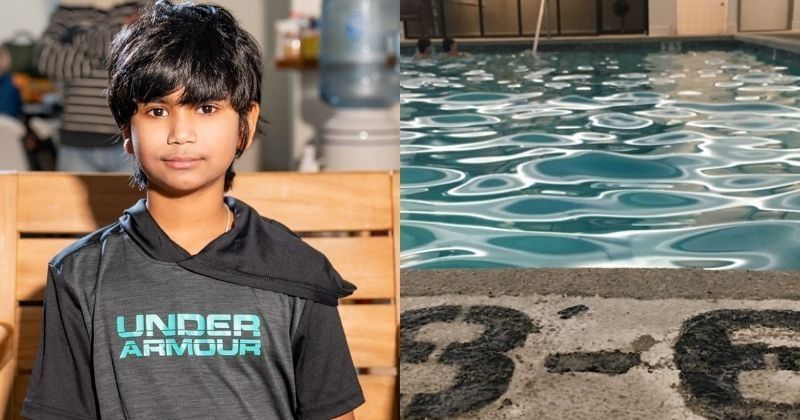 Advaik’sÂ father attempted to save the man on a flotation device but he couldn’t reach him, so Advaik dove in to help. While the man weighed almost 100 pounds more than him, he managed to pull him to the surface and over to the edge of the pool.

While Advaik’sÂ uncle wasn’t sure of the exact way to perform CPR, he did his best based on what he had seen in the movies. Moments later, the man came to and paramedics took him to the hospital for further assistance.

The man has since made a full recovery and stopped by the boy’s house later that week to thank him for saving his life.

While AdvaikÂ is a shy boy, the local police insist that he is a hero.

“I’ve never heard of a boy jumping in and saving an adult from a pool,” Eagan, Minnesota Police Officer Aaron Machtemes told CNN. “Officers on the scene commented the man was very lucky to be alive.”