The National Aquarium of New Zealand has gone viral due to their hilarious naughty and nice list about their penguins. They’ve begun to shame the bad penguins as well as promote the good ones! Who would have thought there would be such a board in the world of penguins? 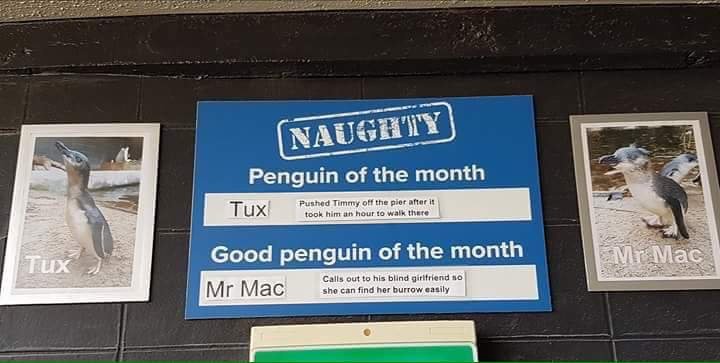 Tux: Pushed Timmy off the pier after it took him an hour to walk there

Mr. Mac: Calls out to his blind girlfriend so she can find her burrow easily

Tux definitelyÂ had that planned and absolutely deserves to be on the naughty list this month! And Mr. Mac, wow, what a gentleman! We need more people like Mr. Mac out in this world.

Captain: Being a good Penguin Daddy

This month, Dora was the naughty one as she continuouslyÂ has run-ins with the keepers. Try to keep it cool, Dora! Meanwhile, Captain is keeping it low key as he focuses on his eggs. How sweet! 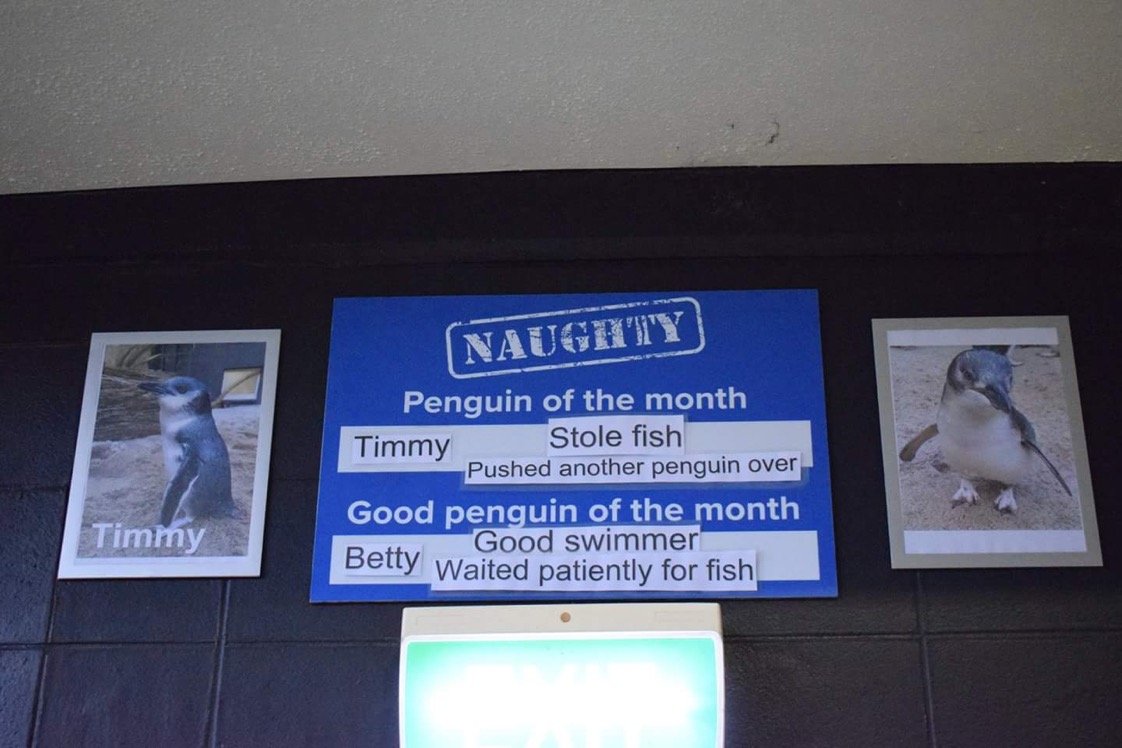 Timmy, so violent! He seems to be pretty aggressive as he wants his food, and he wants it now! Betty, on the other hand, seems to be a keepers dream!

Animal shaming is adorable as it is funny, especially when these harmless little guys cause some destruction! Hopefully, the naughty list will thin out as time goes on.

These boards also give us an inside look at to how wild the penguin area is! These guys are wild and crazy with stealing each others fish, pushing each other over, and attacking the humans! What else could they get into?