After an eight-month backpacking trip through Latin America, 27-year-old Reuben Schoots became bedridden with a variety of wasting tropical illnesses. The once-active young man dropped 35 pounds from his already lean and athletic frame. He was so weak that he could hardly stand, much less work at his job as a barista. Eventually, Reuben even gave up on his university studies, too depressed to continue.

He understood that the life he once led had come to an end. Then, a friend came to visit—and that friend was wearing a glass-backed mechanical watch. Schoots was mesmerized by the synchronicity of all the moving parts that made the watch functional. 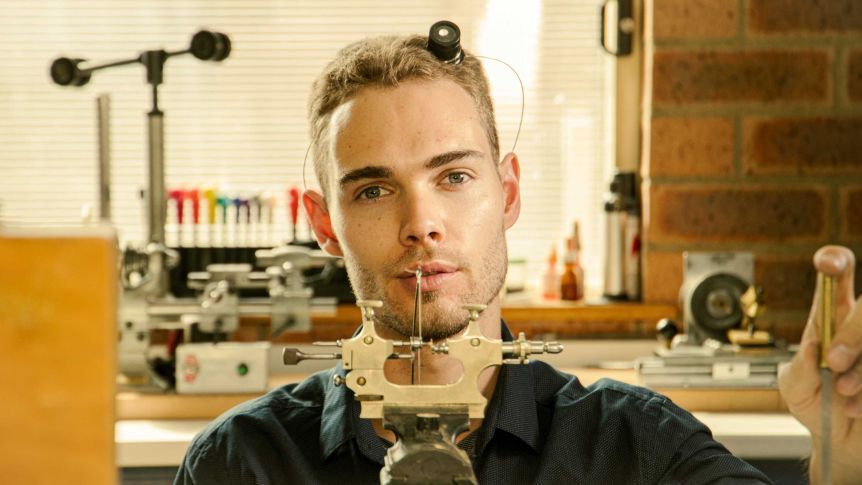 It wasn't long before Schoots threw himself into the art of watchmaking, which had never previously interested him.

"I really wanted to be doing something with my hands, making," he said. "but I didn’t realize that’s what I wanted to do until I actually became sick and everything that I was doing or had was stripped away."

Schoots became the apprentice of master watchmaker George Daniels. He is only aware of two other watchmakers other than himself who have successfully completed a timepiece crafted to Daniels' specifications.

"I think that a lot of people are feeling very negative and don’t like this isolation, or this time to yourself. Change hurts," Schoots continued. "But they undervalue—or underestimate the value of—downtime and I think people are scared to be with themselves. Evolution comes out of downtime."