When a fishing trip went south, this young couple needed some serious help.

Colin Nulgit, 20, and his girlfriend, Shantelle Johnson had gone out for a daytime fishing trip at Keep River National Park near the upper border of Western Australia when their car got stuck in the mud. 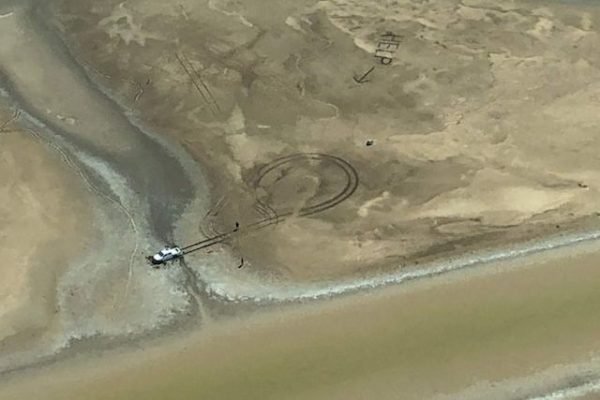 The problem was that this park is notorious for crawling with crocodiles, and they had seen their fair share of tracks while driving through the park. They didn’t have much as far as rations go, and tried to sleep in their car in hopes that help would find them.

As night time creeped upon them, though, the tide began to rise and they worried it would bring the crocs close to their car.

They decided it was safest to move closer to dry land, and used a piece of wood to trace the word “HELP” in the mud with an arrow pointed to their car. 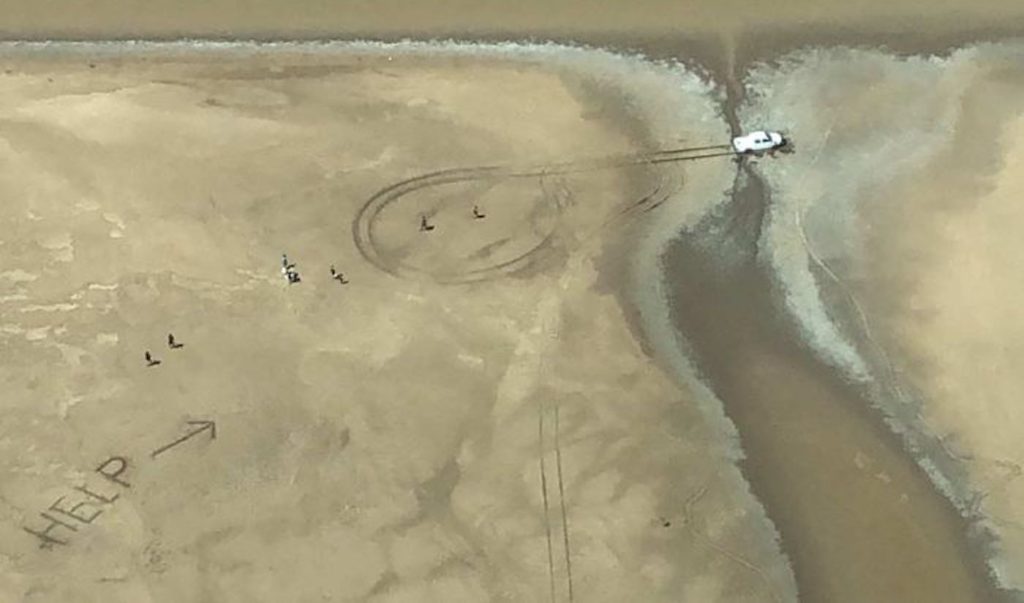 When they didn’t return home that night, Nulgit’s parents called for help and rescue crews began searching the area via aircraft the next morning. Luckily, the couple had started a fire in hopes that the smoke would be spotted along with their HELP sign.

The rescue team spotted them and they were brought to safety. While the couple is grateful for the rescue, they’re not deterred from continuing to explore the outback. Instead, they plan to just be more prepared in the future.