You Won't Believe These Astounding Nature Photos Are Real The Moeraki boulders are unusually large, perfectly spherical boulders lying along a stretch of Koekohe Beach on the coast of New Zealand. These boulders can either appear isolated or as clusters. In 1848, Walter Mantell sketched the beach and its boulders, which were more numerous back then. 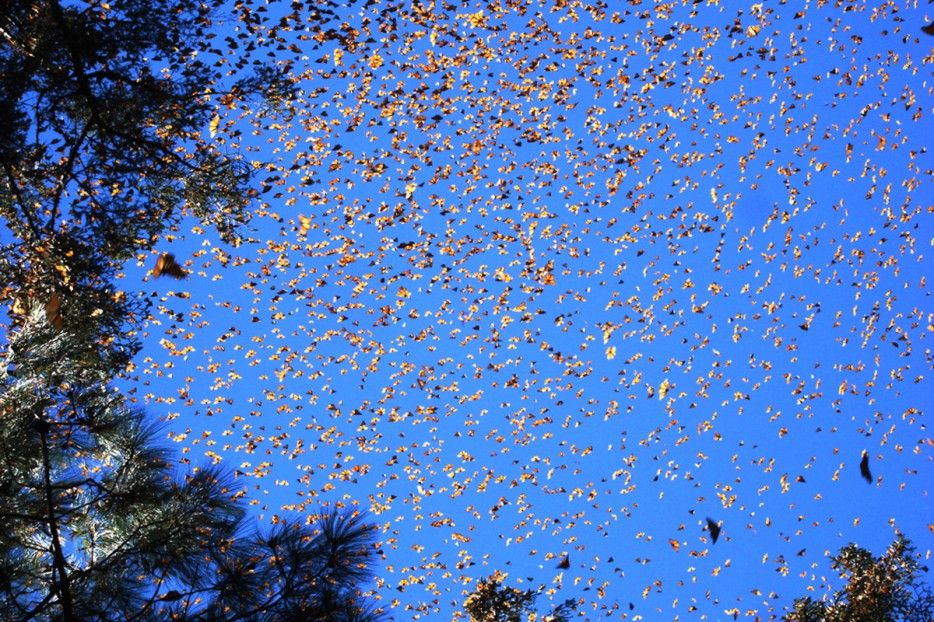 The eastern North American monarch butterfly population is known for its annual southward late-summer, early autumn migration from the northern and central U.S. and Canada to Florida and Mexico. During the fall migration, the butterflies cover thousands of miles, with a corresponding multi-generational return to the north.