Most Drumbeats in One Minute Using a Drumstick Prosthetic 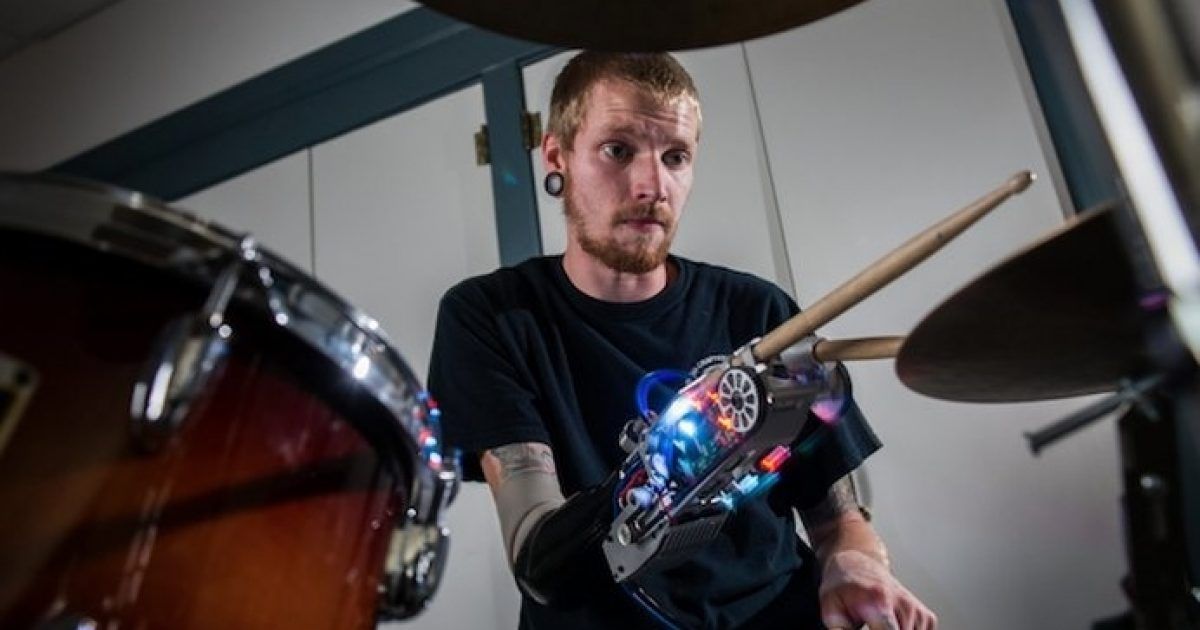 Jason Barnes lost his arm in a freak accident. The drummer was afraid that he would never drum again until he had the idea of creating a prosthetic arm. Barnes worked with Gil Weinberg of the Georgia Institute of Technology in Atlanta to create the prosthetic arm that helped him secure the World Record on July 25, 2018.