Woman Pays for Down-On-His-Luck Wawa Customer, Then Realized It Was Keith Urban

Recently, while Keith Urban was playing a show in New Jersey, he visited a local Wawa in Medford. The woman behind him in line noticed that he was short a few dollars for his purchase and she helped him out by covering his purchase. Not realizing it was country music star, Keith Urban, the woman, Ruth Reed, was simply paying it forward, as she has been doing for the past three years. 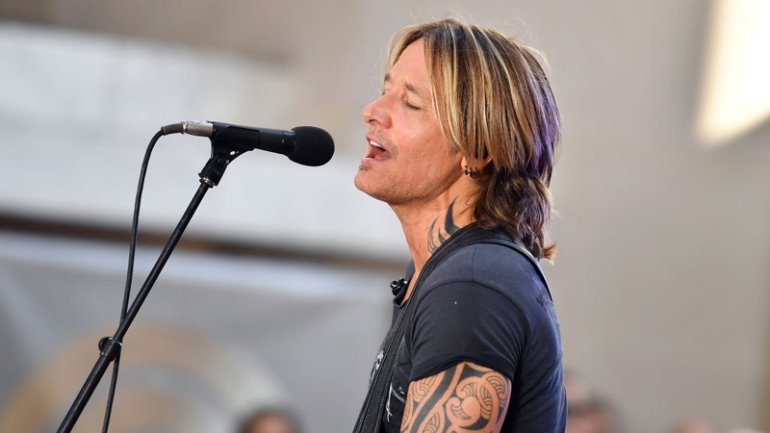 “For three years, I have made a resolution to once a week treat someone at Wawa. Occasionally it happens more than once a week,” she captioned the adorable photo of her blushing next to Urban. “This man was short a few dollars. He asked a lady with him if she had money. I jumped in and said I would pay and explained why. He thanked me and asked my name. I asked him his and he told me it was Keith. I said that he did look like Keith Urban. He said he was.”

My favorite story of the day is how my 3rd grade teacher thought @KeithUrban was down on his luck and couldn’t pay for his wawa snacks so she bought them for him. What an angel. pic.twitter.com/mJccVOQWtp

Ruth shared her story in the Medford Facebook Group and adorablyÂ called it “another Ruth Reed moment!” The post had 350 comments and had been shared over 3,000 times before it was removed. But, screenshots were taken and this story has now gone viral.

A spokesperson for Wawa told NBC Chicago that they were “thrilled” by the story. “We are lucky at Wawa to have the best customers around,” they said. “They include our wonderful regular customers, like Ruth, and occasionally music superstars like Keith Urban!”