Emily Mei was stopped in airport security due to something suspicious in her carry on bags. When TSA opened the bags to survey what was enclosed, they found over 10 packages of Spicy Hot Cheetos for her friends abroad in Korea. She publicized the event on Twitter, writing “Will never forget the day TSA stopped me cuz they thought I was hiding s— inside my bag cuz all I had was like 20 bags of Hot Cheetos.”

Will never forget the day TSA stopped me cuz they thought i was hiding shit inside my bag cuz all i had was like 20 bags of Hot Cheetos ðŸ˜© pic.twitter.com/cZ55xgEneG

The video shows a gloved TSA worker pulling out each Cheeto bag one by one from a Louis Vuitton totes. They are then rubbed down with a wipe and placed offscreen. Emily had been planning to bring them to some Korean friends who aren’t able to get the snack near them. 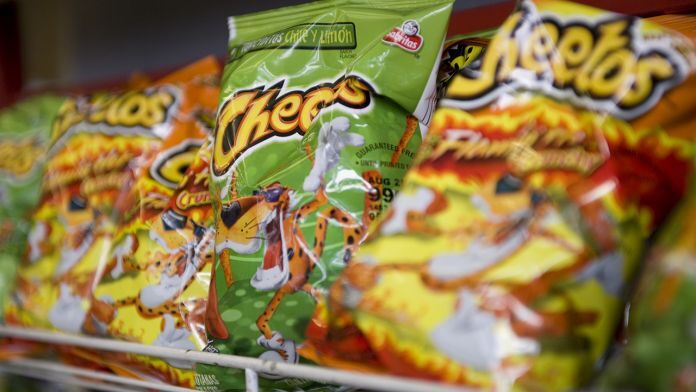 Food is not banned by the TSA on flights, but 20 bags worth of Cheetos will definitely raise some eyebrows. The TSA reserves the right to check your food carry-ons if it has the potential to obstruct images on an X-Ray machine or clutter any other bags.