Even though Dustin Johnson is currently the reigning golf champion his future father-in-law is no stranger to the sport of winning.

Wayne Gretzky, otherwise known as The Great One, made NHL history on more than one occasion, winning four Stanley Cups during his prolific career. Gretzky is also the father of none other than Johnson's fiancée, Paulina Gretzky, to whom Johnson has been engaged since 2013. 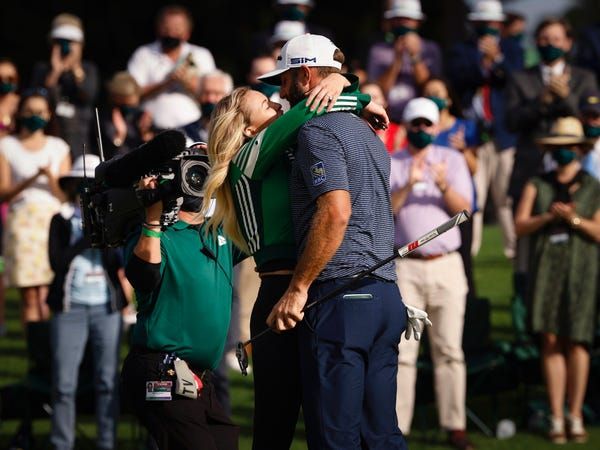 Mr. Gretzky wasn't the only one from his side of the family celebrating Johnson's win. Paulina celebrated with her fiancé at Augusta National by kissing him on the 18th hole after the final round.

Johnson joined Paulina and a small group of friends on a private jet to the Caribbean this Monday, where they will be celebrating in style.

Paulina called herself Johnson's "biggest fan" in a sweet Instagram post after his Masters win. Johnson shared the same photo as his fiancée to his own Instagram, writing, "Dreams do come true ... we did it @paulinagretzky."