Triple Crown Winner, Justify, Retires with a Record of Perfection

It’s official: Justify, the 13th Triple Crown winner in history, has retired. After a perfect season and $3.798 million in earnings, Justify can trot away from racing on a high note.

He competed in six races in his career, winning all of them. His trainer, Bob Baffert, released a statement concerning Justify, saying that he wasn’t healing as quickly as hoped from an injury to his left front ankle.

“Justify had some filling in his ankle, and he is just not responding quick enough for a fall campaign,” Baffert said. “We all wanted to see Justify run again, but ultimately it is my responsibility to make sure he is perfect. Without 60-90 days, I can’t be definite.”

A rep from Justify’s ownership, WinStar, Kenny Troutt added,Â “He is an incredible horse and we are very disappointed he can’t run again. All things happen for a reason, and we are blessed to have raced him to be the 13th Triple Crown winner in history.” 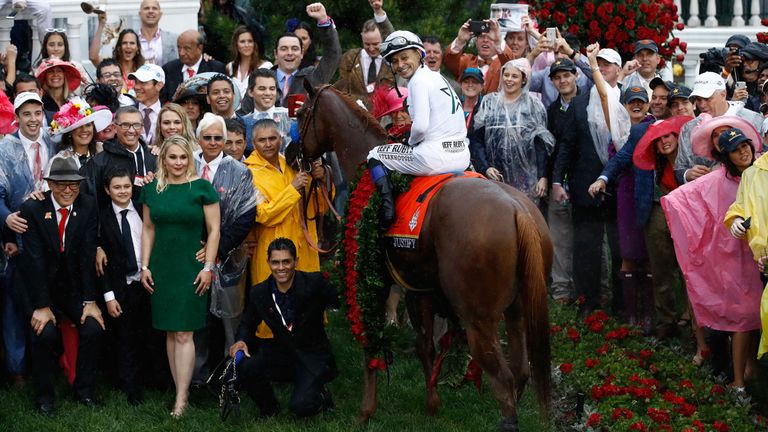 Justify capped off his career by becoming the first undefeated Triple Crown winner since Seattle Slew with a win at Belmont.

So it looks like it’s onto greener pastures for Justify, something we’re sure he wouldn’t mind after all of the hard work he has put into his racing career. Cheers, Justify!