President Abraham Lincoln delivered one of the most important and memorable speeches in American history on November 19, 1863.

The Battle of Gettysburg, which was the single bloodiest battle of the entire civil war, had been fought just four months before Lincoln gave his address. Over the course of three days, over 45,000 men were killed, wounded, or captured, permanently scarring the Earth around it. The battle was also, coincidentally, the turning point of the war.

General Robert E. Lee was defeated and retreated from Gettysburg, marking the final Confederate retreat from the Northern Territory and the beginning of the decline of the southern army. 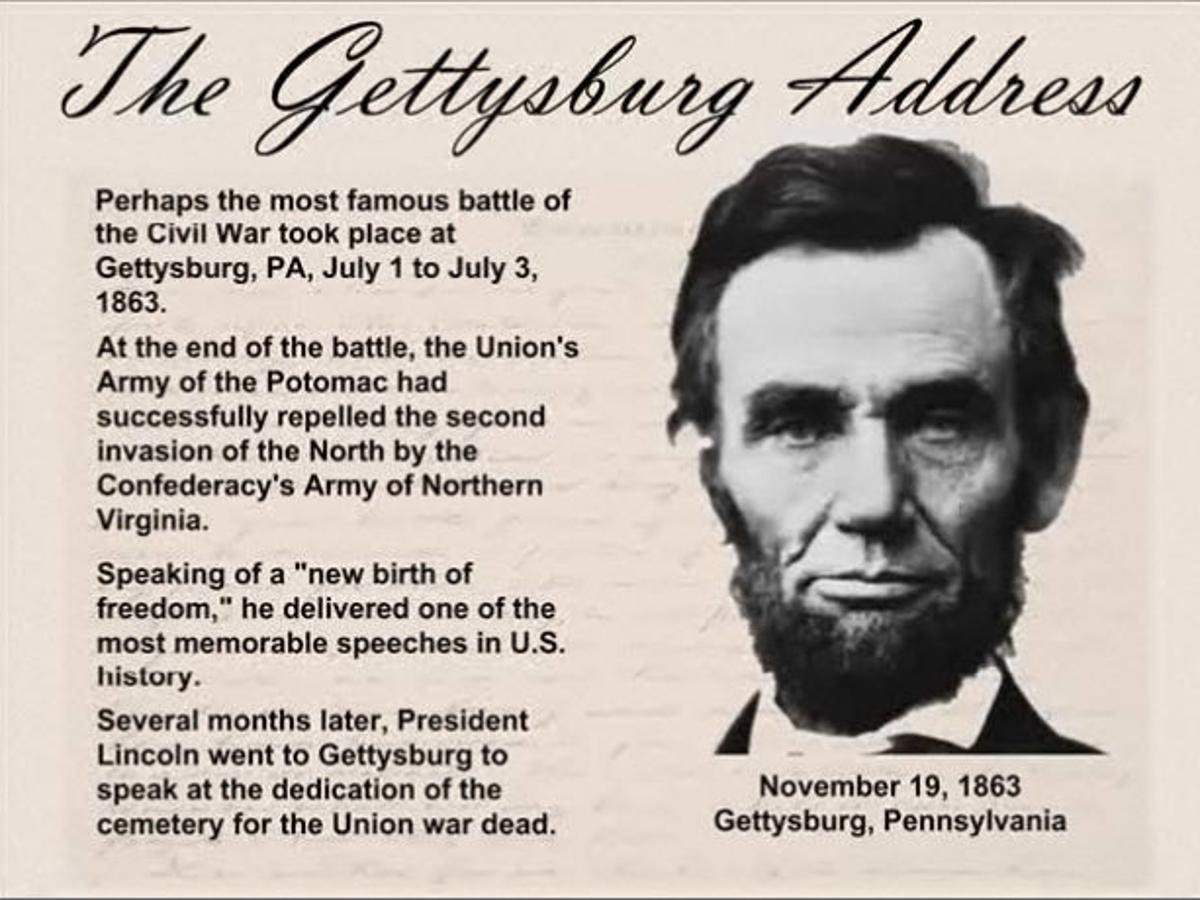 Immediately after the battle, the governor of Pennsylvania consigned an attorney to purchase 17 acres of land to turn into a cemetery for the more than 7,500 individuals that fell in battle.

The governor of Pennsylvania asked a famous oralist named Edward Everett to deliver a speech at the site. Everett also sent a letter to President Lincoln requesting a "few appropriate remarks."

“The world will little note, nor long remember what we say here, but it can never forget what they did here. It is for us the living, rather, to be dedicated here to the unfinished work which they who fought here have thus far so nobly advanced. It is rather for us to be here dedicated to the great task remaining before us—that from these honored dead we take increased devotion to that cause for which they gave the last full measure of devotion—that we here highly resolve that these dead shall not have died in vain—that this nation, under God, shall have a new birth of freedom—and that government of the people, by the people, for the people, shall not perish from the earth.”