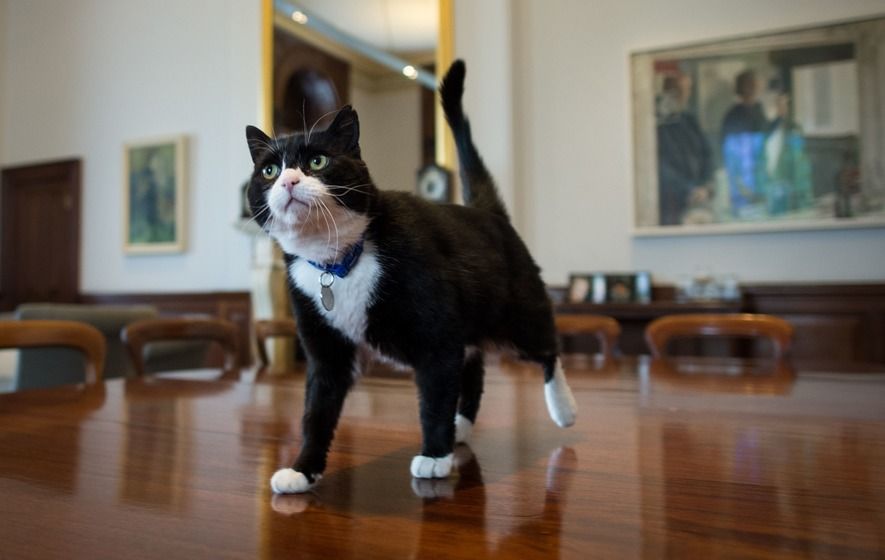 Palmerston, the official chief mouser at the U.K. Foreign Office, has decided to call it quits—and we don't blame him. He's done his service.

Palmerston has finally retired to the countryside after four long, hard years spent roaming around the U.K. Foreign Office, protecting individuals from the world's number one threat at all times: mice.

Palmerstone sent in a letter signed with two paw prints to Simon McDonald, the office's permanent undersecretary, explaining that he desired time "away from the limelight." 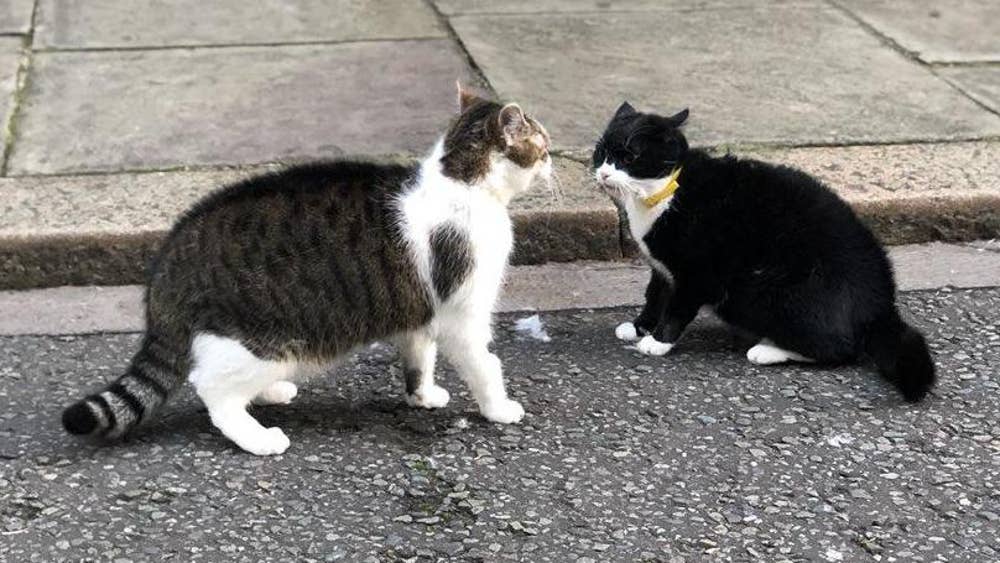 Palmerston is named after the longest-serving British Foreign Secretary, Lord Palmerston. A rescue cat, he arrived in 2016, soon striking up a love-hate relationship with the other diplomatic feline, Larry, who resides at 10 Downing Street.

Palmerston's letter acknowledged that "even those with four legs and fur have an important part to play in the U.K.'s global effort."

"I have been delighted to meet representatives from all over the world, and I hope I have done you proud in putting the U.K.’s best foot or paw forward in such interaction," the letter read.

According to his colleagues, Palmerston will be missed. Of course, he did leave everyone a present by which to remember him—a dead mouse.