This Teacher was Serious About His Students Staying Quiet About ‘Avengers: Endgame’

Congratulations! You survived the opening weekend of Avengers: Endgame! If you haven’t seen it yet, this story will truly relate…

One teacher went the extra mile to make sure his students didn’t spoil the film for him by penning a hilarious note explaining that he’s waiting to see the film so that he can go with his younger brother who was away during opening weekend. 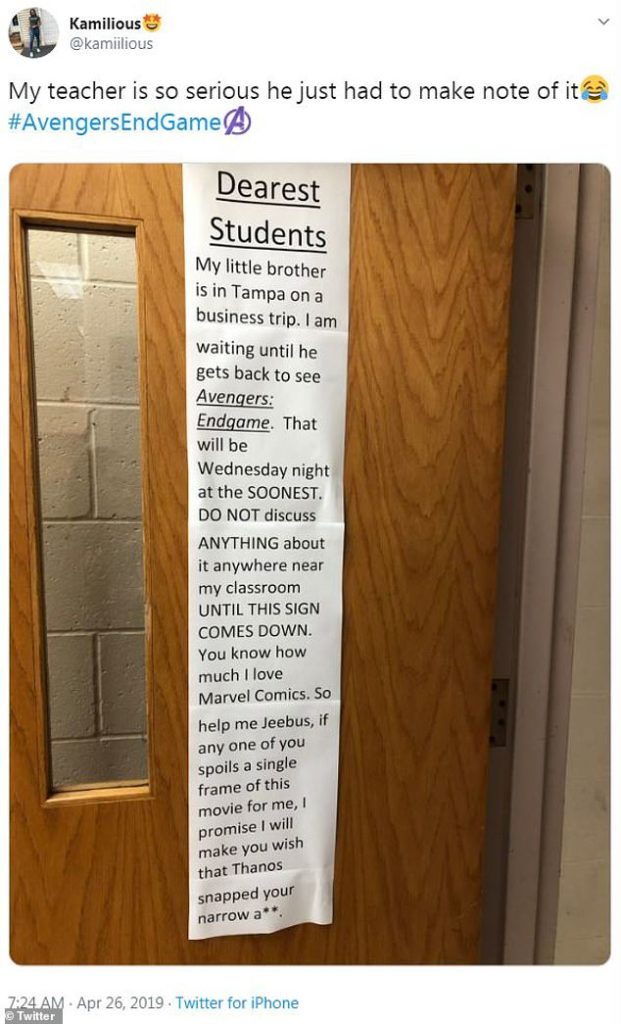 His students quickly shared the hilarious note on Twitter, and people certainly had something to say about it.

Fans of the franchise have been desperately attempting to make sure they don’t come across spoilers by blocking keywords on social media and avoiding certain news sites. The hashtag #DontSpoilTheEndgame is even trending on Twitter.

WE TOOK NO OFFENSE TO WHAT THE TEACHER SAID. SO PLEASE STOP SAYING ITS BULLYING OR WHATSOEVER. ITS ALL HUMOR GUYS!

Word to the wise: If you haven’t seen it, you pretty much have to go off the grid until you do.