This Is the First-Ever Chicken Nugget Sent Into Space 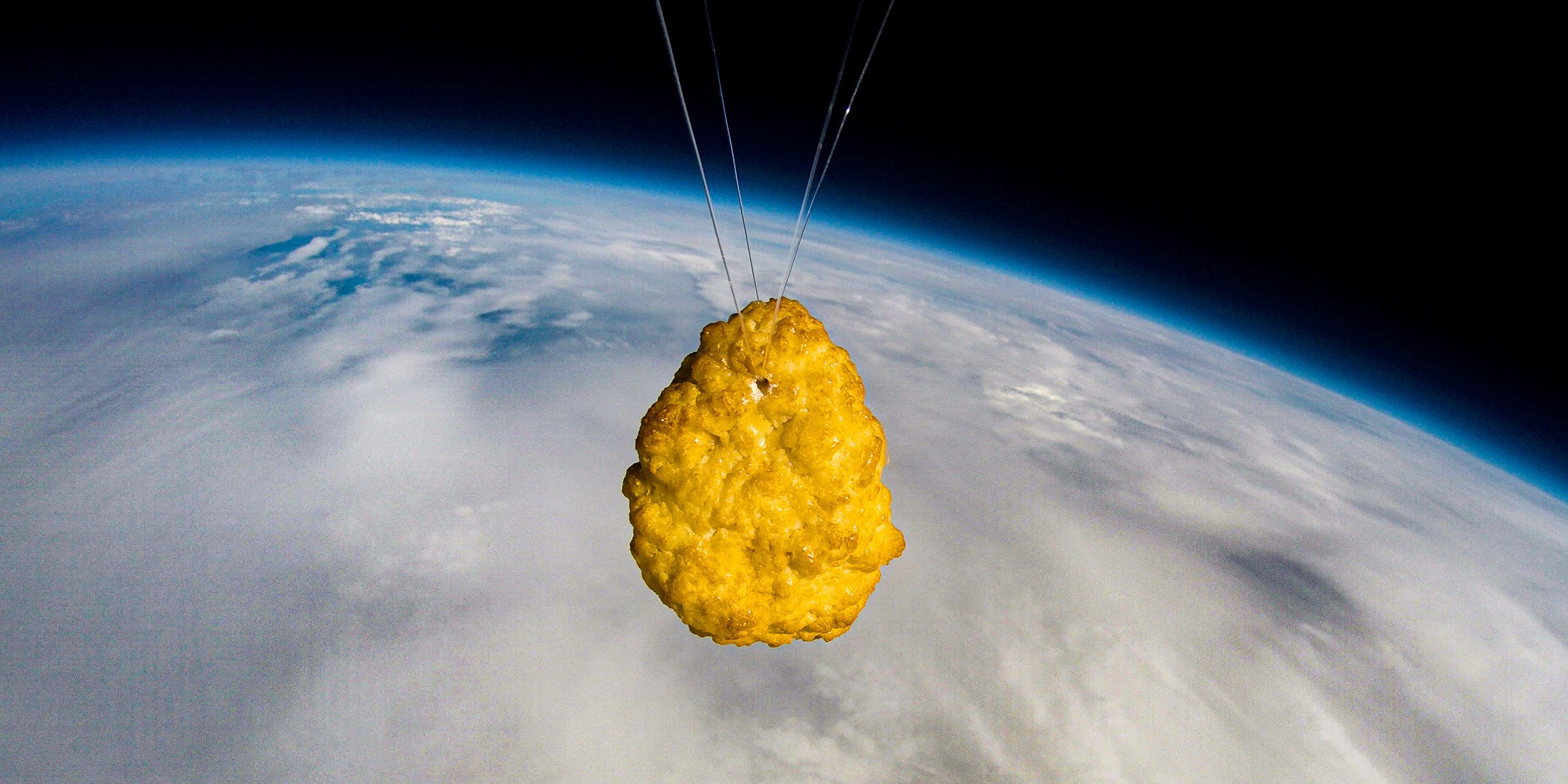 Move over, Buzz Aldrin and Neil Armstrong—there's a new sheriff in town. And it happens to be a chicken nugget.

The company then launched the nugget to an altitude of roughly 110,000 feet (20.7 miles) into "near space," which technically remains within the earth's atmosphere. Still, the nugget successfully made it about one-third of the way into outer space. Impressive, no? 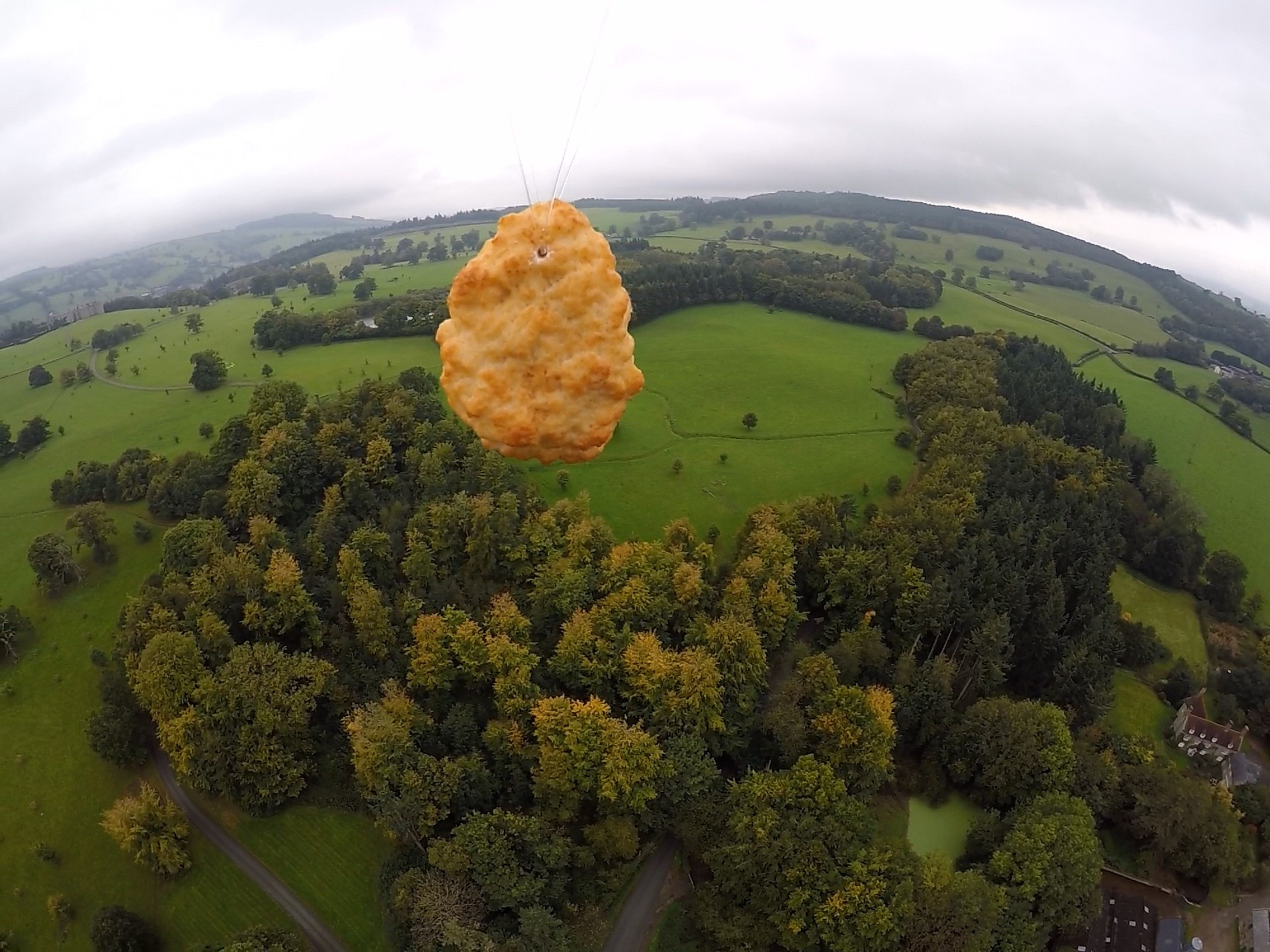 According to Sent Into Space, the chicken nugget "spent an hour floating up and around in space" and was "unbothered" by the low pressure and temperatures of space.

The nugget then came plummeting back down to earth at a whopping 200 miles per hour; its parachute opened 12 miles above the ground.

Iceland joked that the nugget "left behind grey skies, COVID-19, Brexit, and Piers Morgan" in order to enjoy "momentary peace, clearer skies, spacecraft, and possible sightings of the world's highest-flying birds such as the Rüppell's Vulture and the Common Crane."

Sent Into Space has previously launched other foods into space, such as fish and chips, a pasty, and pancakes.