When 8-year-old Christian Moore was headed into school for his first day of third grade in Wichita, Kansas, he saw another boy crying by an outside corner of the school. Christian immediately approached the other boy, consoled him, and took his hand to walk into school.

Connor Crites, another 8-year-old, was overwhelmed with his return to school. A change in routine is often scary, but even more so for someone with Autism.

I’m so proud of my son, he seen a kid balled up into a corner crying, so he went to console him, grabbed his hand and…

Christian, of course, didn’t know Connor was Autistic, he merely wanted to help one of his peers out. Christian’s mom was so proud of her son in that moment that she snapped a photo of the pair walking into school and shared it to Facebook.

“I saw him on the ground with Connor as Connor was crying in the corner and he was consoling him. He grabs his hand and walks him to the front door. We waited until the bell rang and he walked him inside of the school. The rest is history. They have an inseparable bond,” Courtney Moore said. 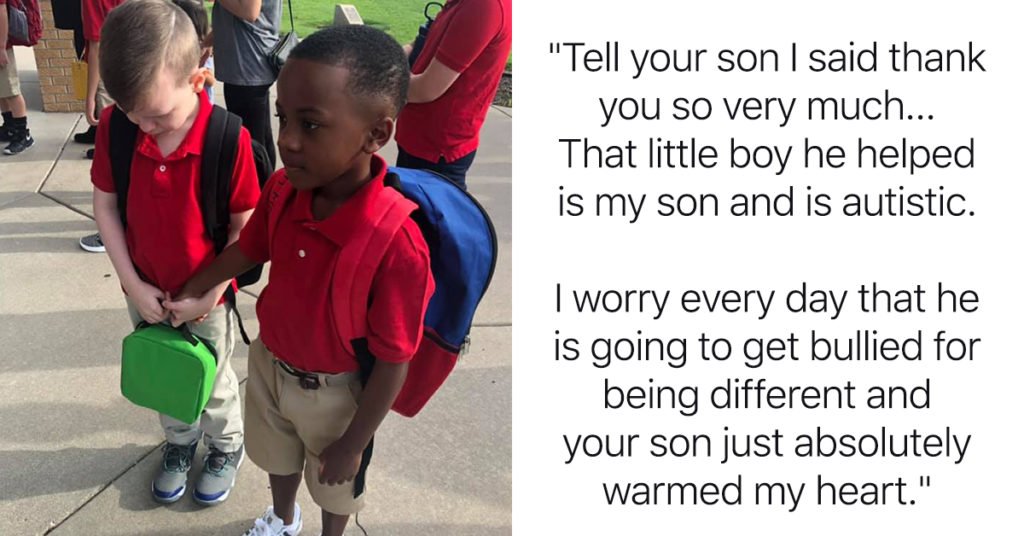 The photos have been shared thousands of times, and both mother’s hope that their son’s bond will inspire others to be kind.