All of these sunburn fails could have so easily been avoided by just being a little but more thorough about where you're spraying that lotion... 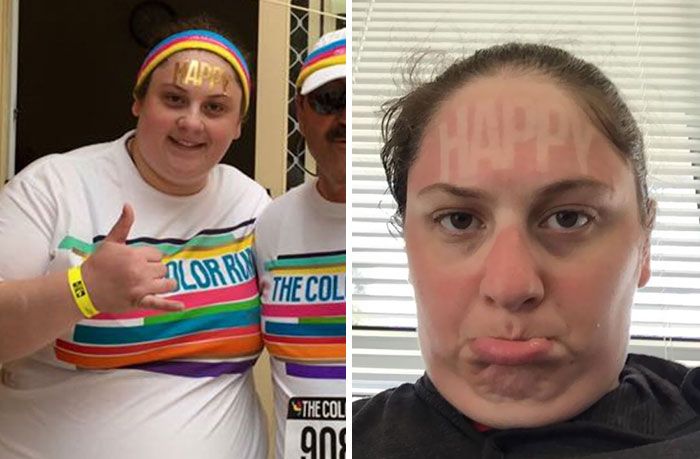 This is probably the quickest way to ruin a great birthday. She looked thrilled in the first photo, and then probably spent the entire party out in the sun without realizing how she'd look when she came in. Yikes! 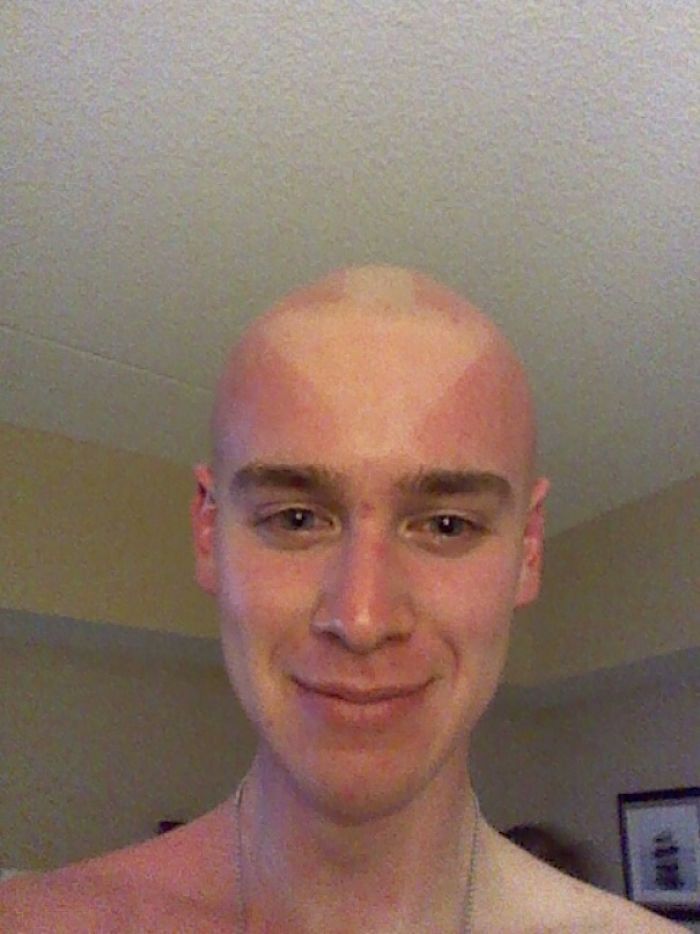 Okay, you have to admit this is hilarious. Any other person without hair would probably also try this and we can't blame them. Though it would definitely be easier to just draw the arrow on instead.