These Photos Perfectly Sum Up Life With Babies Being a parent means expecting the unexpected. You might have some Taylor Swift level reactions to things you never thought you'd encounter, like poop in a diaper. Although, you probably won't look as happy as someone who's about to win a major music award. That doesn't mean there aren't small victories though like now you only have to change one diaper instead of two.

Unhappy to Be Here 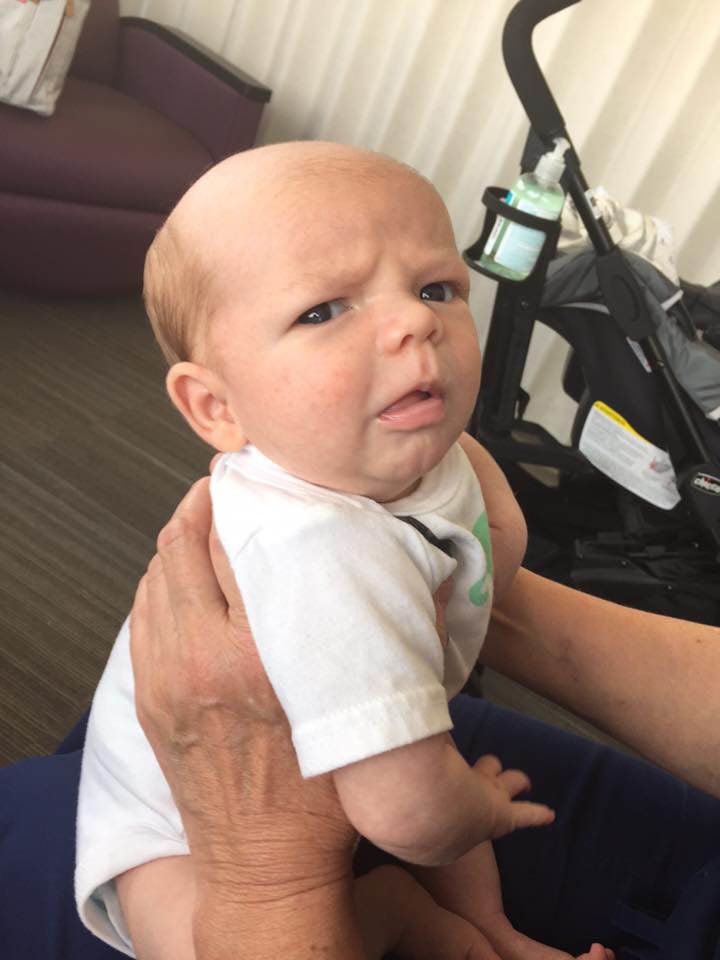 You might be thinking that this baby was caught in the middle of well...using the restroom. However, this little guy wasn't going number two, but just looking at his number one fan, and well, he wasn't impressed. As the photo taker said best, "He's not pooping... he's just judging me." And who's a more honest critic than your own flesh and blood? He's doing you a favor.