And this one is a doozie…

Though the details of the plot are still under wraps, the trailer reveals that the remake will follow some plot points or the original.

Dumbo, an elephant with large ears, breathes a second-life into a struggling circus with his ability to fly. The circus, however, doesn’t have Dumbo’s best interests in mind, forcing him, and the humans who love him, to take action. 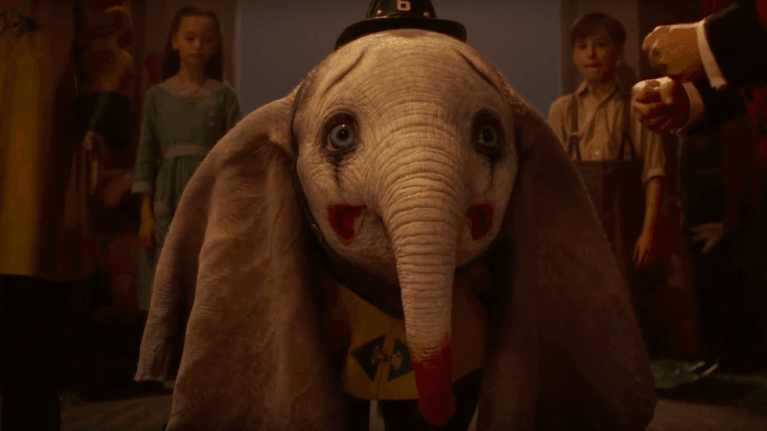 There are a few changes from the original animated film, in that some characters have been eliminated and new faces added.

Just one look at Dumbo’s sad painted-face is enough to bring tears to the eyes of the most heartless. ‘Dumbo’ is sure to be a hit at the box office and is set for release on March 29th.