The Most Brutal Fan Signs Seen Around the NFL

Just about every football fan has a gripe with their beloved team. From years without championships, to players behaving badly in public, to issues with the league itself, football fans are not known to be quiet about their grievances by any means. While some fans take to Twitter or their local sports radio shows, others fan put pen to paper and air their grievances at the games in sign form.

Here, we’ve collected the best of the best when it comes to the most brutal (albeit creative) fan signs seen around the league… 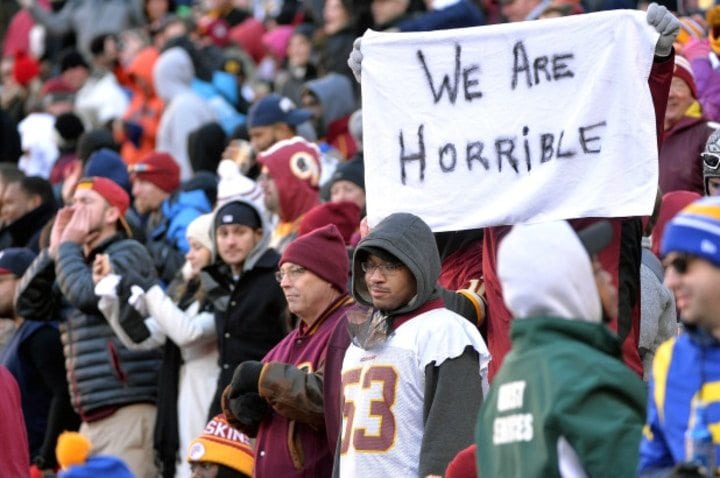 This Redskins fan doesn’t like to sugar coat the truth. The team hasn’t won a Super Bowl in 27 years and honestly, they’ve been pretty dismal these last few seasons. At least this fan isn’t in denial. 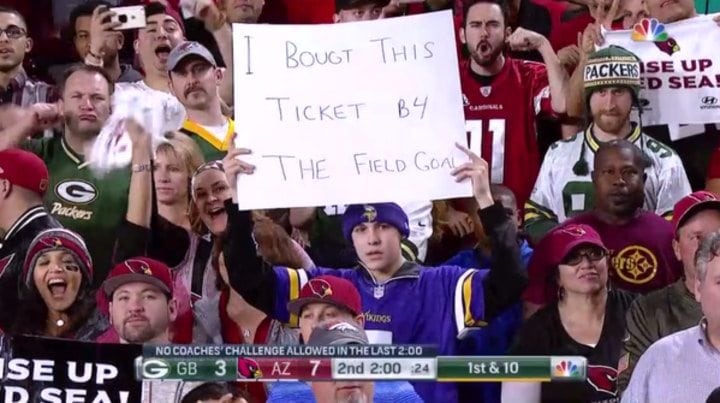 Attending is an NFL playoff game is an entirely separate beast. Sometimes because of how much the ticket prices skyrocket, fans take a risk and buy playoff seats before their team even makes it, just in case. Unfortunately, this Vikings fan clicked ‘purchase’ just a moment too early when his team was eliminated from playoffs on just one single field goal miss. We’ll give this fan the benefit of the doubt and assume he intentionally left out the “H” to symbolize the kicker’s inability to find the uprights.