Being a teacher in a middle school is probably one of the toughest jobs out there. The students are ruthless and hyper-sensitive to everything around them. If there's a joke to be made, it will be made. That also means that teachers are generally the butt of most jokes.

Greg Donitzen is a science teacher at a middle school. He took to TikTok to share a note that he found on his desk...

Apparently, Mr. Donitzen was the victim of a hole in the butt of his pants. And everyone noticed. And everyone made jokes about it behind his back. In the video, he showed the note and the incriminating hole. 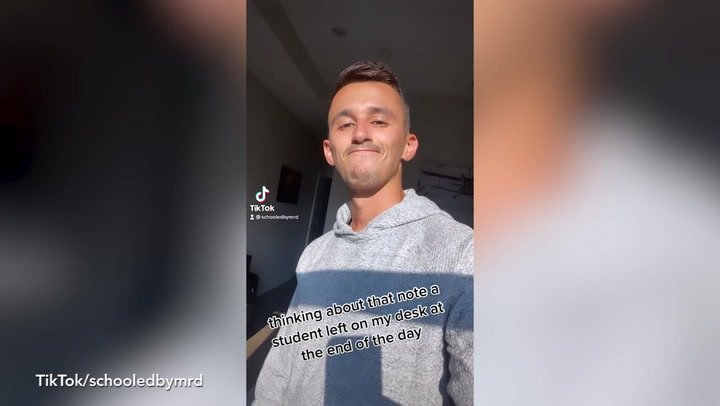 The comments were full of folks who were sympathetic to his situation and those who were praising the student for writing the note.

“This is an actual nightmare, but that kid had your back,” one user commented. Give that kid extra credit!