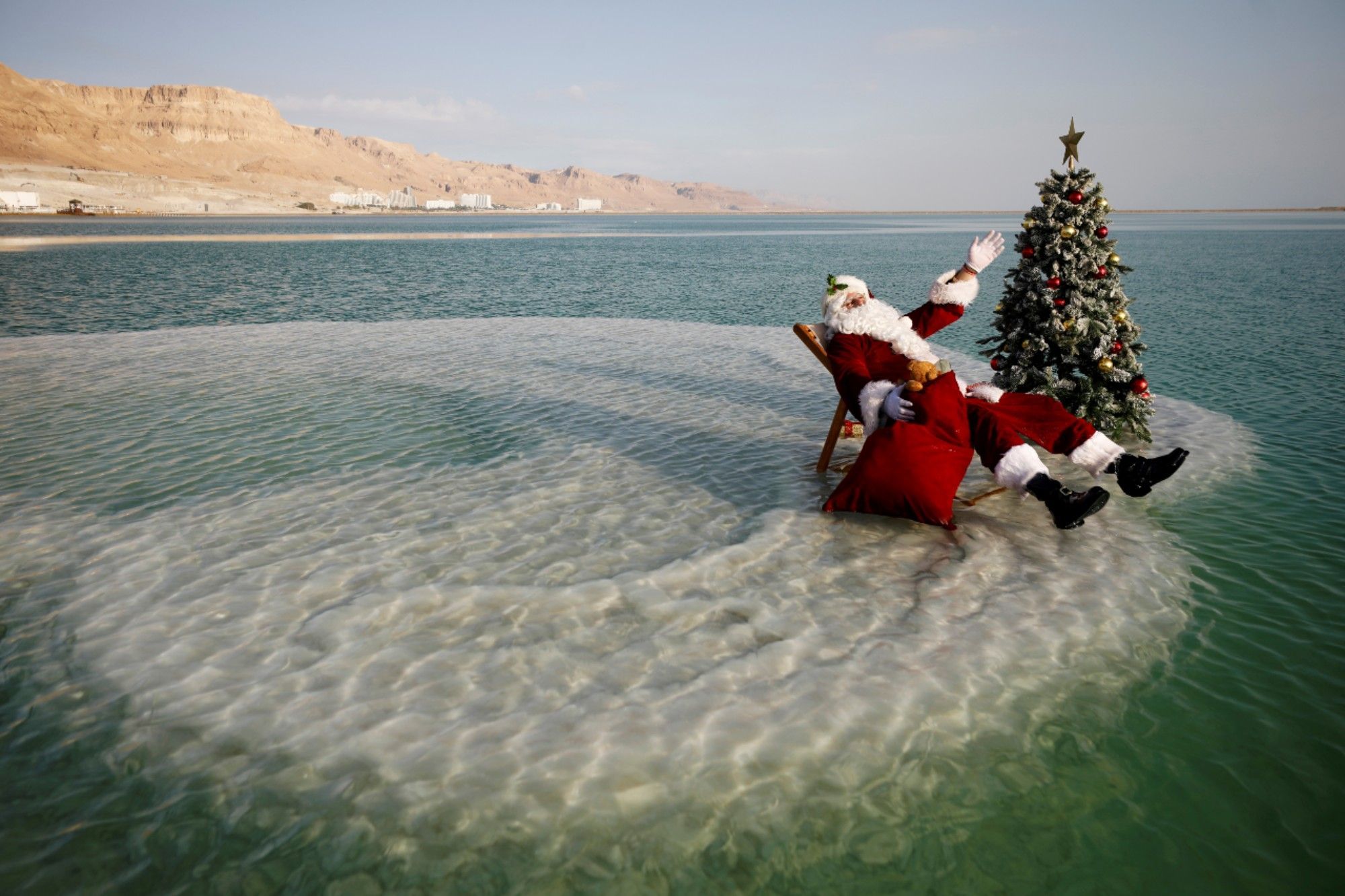 In the middle of an enormous salt lake where plants and animals are incapable of surviving, a man dressed as Santa has gone for a swim.

Santa Claus arrived at the dead sea far ahead of the usual Christmas season due to a campaign launched by the Tourism Ministry of Israel to offer some Christmas cheer during the ongoing coronavirus pandemic.

Dead Sea Santa rode a paddleboard a few hundred yards offshore toward a mass of salt, where he was able to climb on top and pose for the cameras. 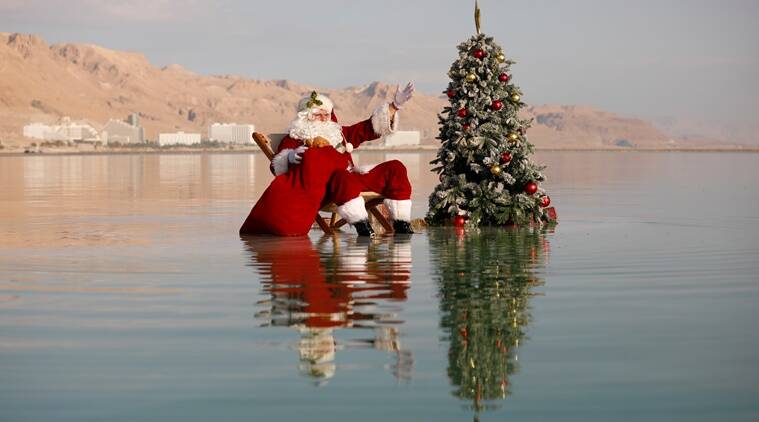 The jolly man stuck a decorated Christmas tree right smack-dab in the middle of the Dead Sea before floating in the famously salty waters.

Unfortunately, the Christmas tree had no chance of surviving where he'd left it—so he took it with him before returning to the shore.