Steve Harvey Is Mustache-Free and the People Are Divided

Steve has now opted to grow out his greying beard. When he appeared on Ellen this past week, the audience was shocked. Who was this man and what had he done with our beloved Steve Harvey? 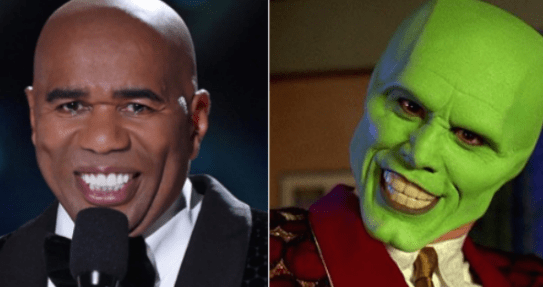 “I was on vacation, and I actually left my Just For Men at home â€” because I had been dying my mustache,” he told the host. “So the rest of it started growing in. Next thing I knew, I went, ‘Damn! This either going to be sexy or I’m ugly as hellâ€” one of the two.'”

His wife, Marjorie, told him it was a good move, so he decided to keep it.

He posted his new look on Instagram for his fans to decide whether or not the beard should stay, and apparently, it was a much more polarizing debate than he thought.

In Paris doing radio, coming back home soon and I will be taking votes on keeping the beard or not…..

“Yeah, I mean, there’s some haters always,” he told DeGeneres. “They just don’t like nothing. One dude said, ‘You look old.’ I said, ‘Wait a minute. I’ve been living more than half a century … plus a decade, plus two more d*** years. Dog, I am old!'”

He came to the conclusion that the beard is here to stay, and honestly, we think it’s a good look.

“Old is the goal,” Harvey said.