Starbucks is up to its wild holiday ways once again.

With “a pinch of toad’s breath, a dash of bat warts and a sprinkle of lizard scale,” the chain concocted a bright purple beverage topped with a sprinkling of green sugar.

This limited edition beverage is called the “Witch’s Brew Frappuccino” containing ice, milk,Â crÃ¨me-flavored syrup, and an orange-flavored purple powder base. Despite its purple hue, it’s said to taste like an orange creamsicle. Gelled green chia seeds give it that creepy witches brew texture, making this drink not for the faint of heart. 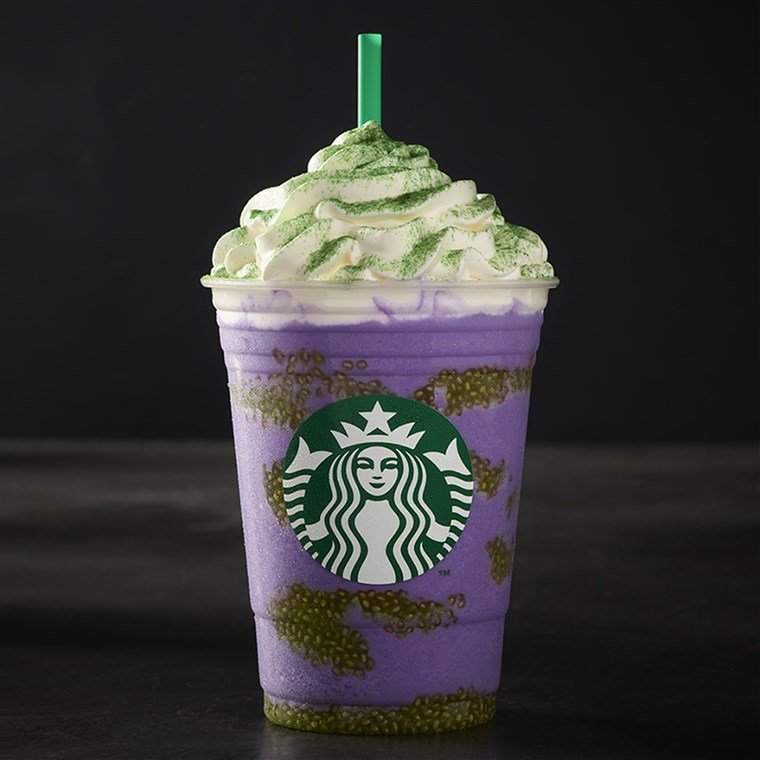 Starbucks is known for its over-the-top holiday-inspired drinks.

For Halloween in 2014, the chain created a Franken Frappuccino, followed by a two-year run of the Frappula Frappuccino and then the Zombie Frappuccino in 2017.

“Starbucks loves to celebrate Halloween, and each year our Frappuccino brings something different to the season,” said Jennica Robinson of Starbucks’ beverage development team.

The Starbucks gang also whipped up two other Halloween treats: a mummy cake pop and a raccoon iced sugar cookie.

If you’re willing to give the Witch’s Brew Frap a try, hop on your broomstick quickly because this brew will only be featured in your local Starbucks for a limited time.