Skydiver Freefalls From Plane in an Inflatable Raft

By Ava W 4 weeks ago

Robin Moore is an emergency room physician by day—and a thrill-seeking skydiver by night. Or, rather, on her days off.

Moore filmed herself falling 13,500 feet while sitting in an inflatable raft. She and a handful of friends embarked on the daring freefall in Florida while attending The Skydiving Cowboys Rodeo Boogie 2020—which explains her cowboy boots.

Moore's group played along with the theme, with some riding blow-up horses in the sky and others on rubber cows.

"This was a thrilling jump, as I chose to do it 'cowgirl style,'" she said. "A fun rodeo ride." 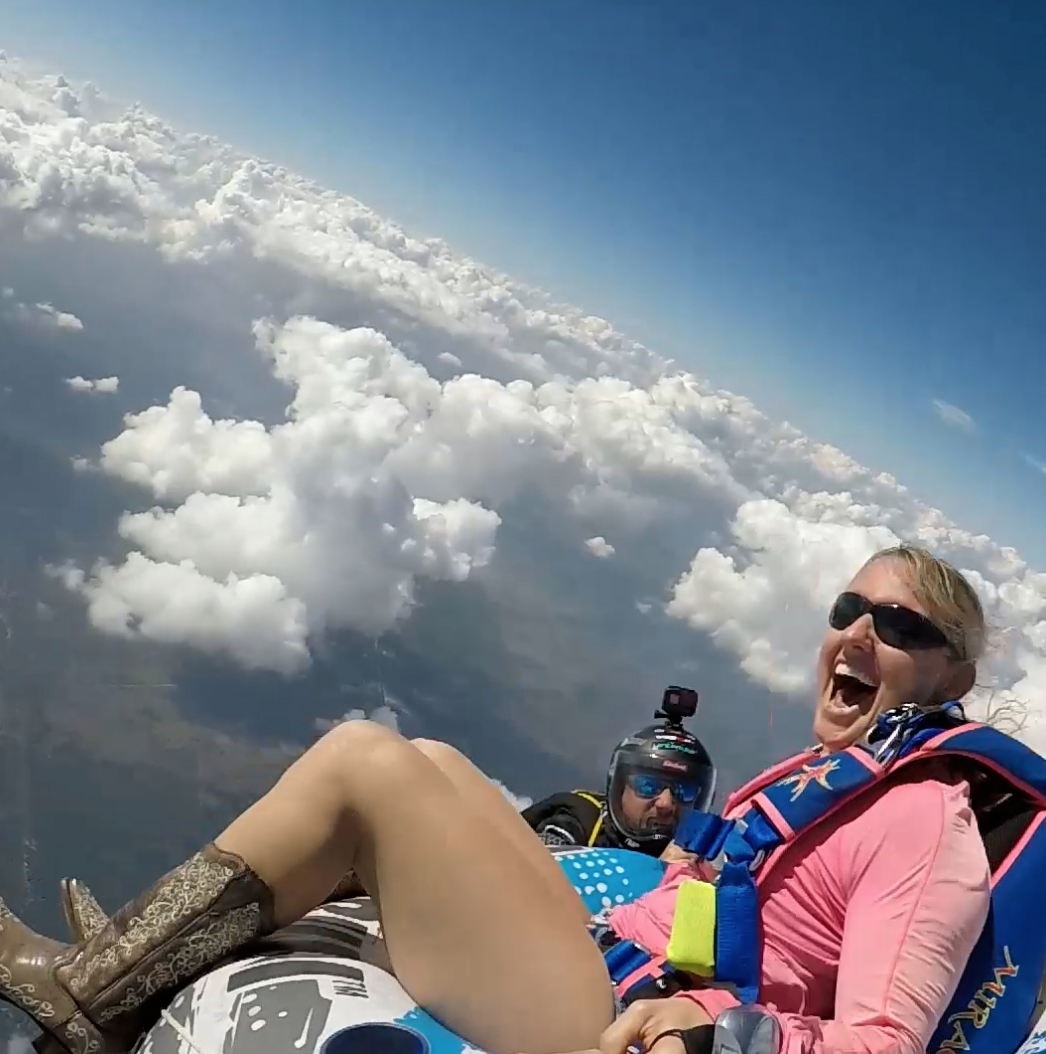 "Floating on air and clouds thousands of feet in the sky, wind in my hair—I giggled and yelled the whole way down!" she continued.

Moore and her friends were seen in the clip leaping out of an airplane. Moore was settled comfortably in her inflatable raft while two friends held onto either side of the donut ring. Moore appeared blissful as she rocketed toward the earth.

"I have jumped out of planes on inflatables before and I find it an extra skydiving challenge to not only balance your body but to manage the balance of a fun prop as well," she said.