During his second round match against Federico Delbonis, Rafael Nadal accidentally returned a serve directly at the young ballgirl working the match.

Nadal dropped everything and ran over to the girl to see if she was okay. The crowd let out an audible gasp at the situation, but as he lifted her hat, patted her on the head, and planted a kiss on her cheek, the crowd applauded. 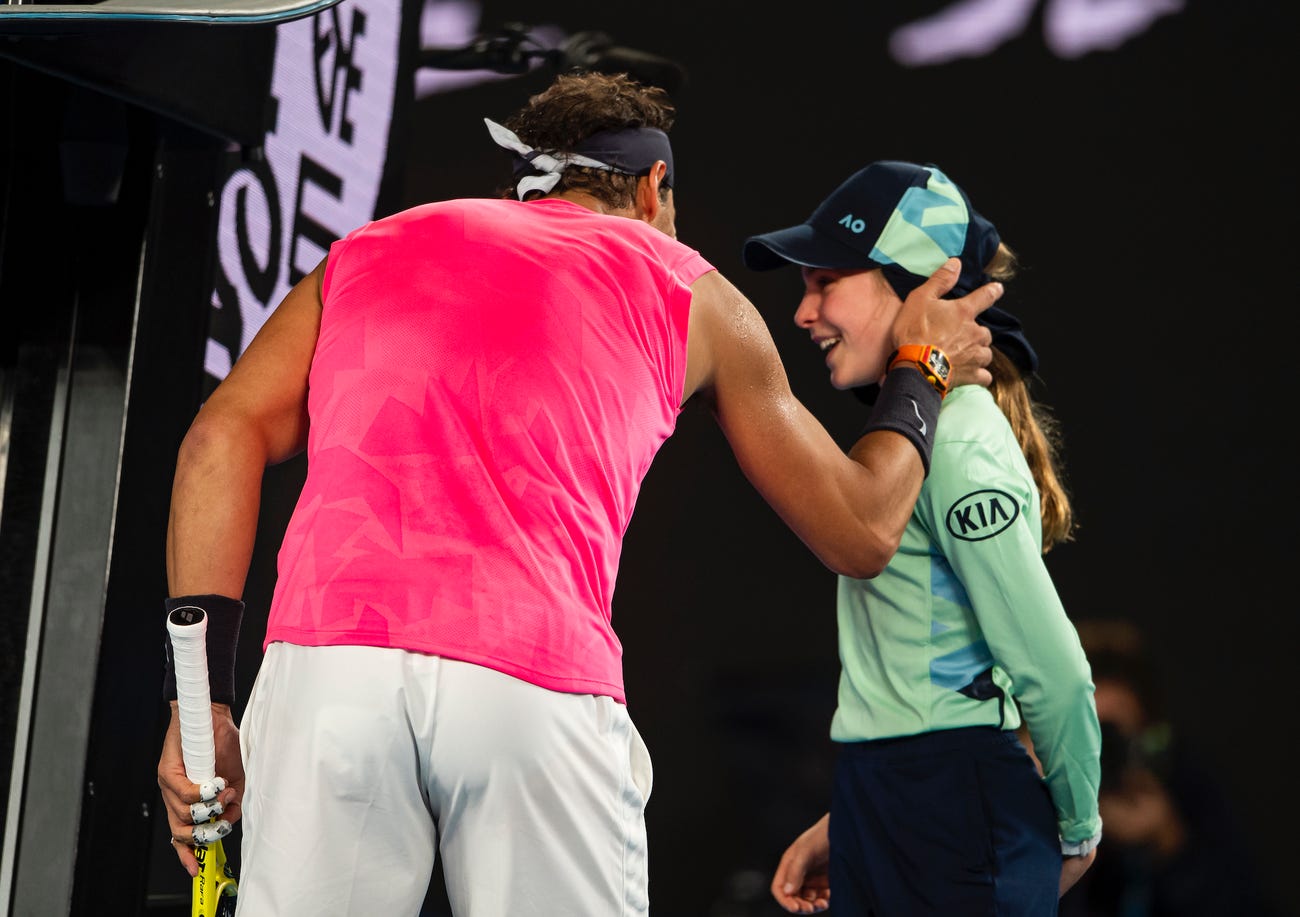 "She's a super brave girl...For her, probably it was not a good moment," Nadal said.

"I was so scared for her honestly. The ball was quick and it was straight on the head," he added.

After the match concluded, Nadal gave the girl his headband and sat down with her and her family to chat. Luckily, the young girl was in good spirits.

"I just got to interview Rafael Nadal," the girl told Wide World of Sports. "That was amazing. I can't believe it. He's my favorite tennis player so I never expected this at all."

Had the chance to meet her and her family today. So happy she is well after the scariest moment I’ve had on a tennis court. Annita is a brave girl! 👧😘👌 pic.twitter.com/FDZGermA44

They wrapped up their conversation with a quick selfie together, which Rafa later shared on his Twitter account.

Nadal won the match against Delbonis, and will now play in the third round today.