Kelly Holstine won Minnesota's 2019 Teacher of the Year award and was honored at the Mercedes-Benz Superdome in New Orleans during the college football national championship alongside other teachers and President Trump. 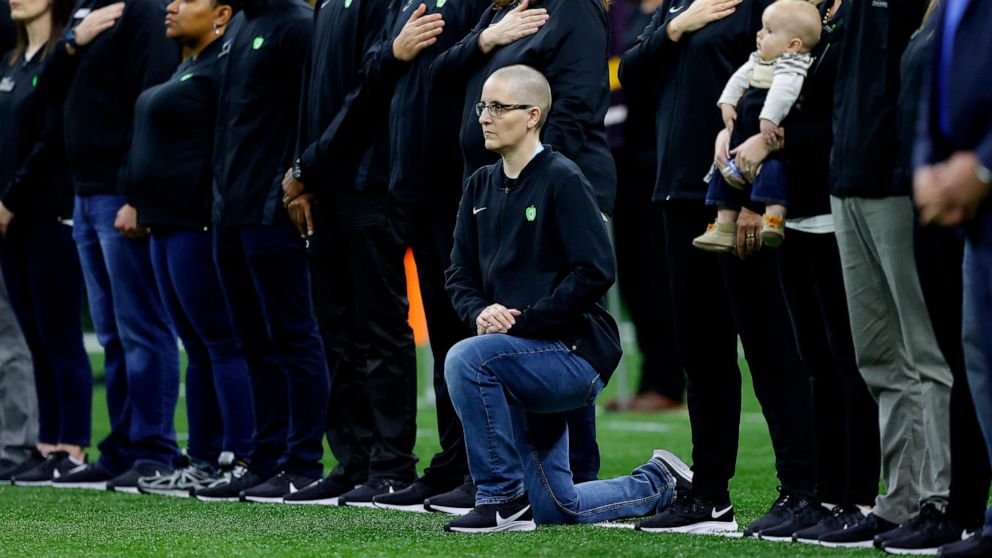 "I just decided that it felt like the right thing to do, to have a very respectful protest," Holstine said.

"I think the current environment that is being created and has been created in his tenure definitely adds to my feelings of wanting to support individuals who are not being supported," she said, adding: "I really feel like our country is not serving the needs of all its inhabitants ... so many humans right now that are not being given the respect and the rights that they deserve."

Honored as State Teachers of the Year at NCAA Champ FB Game. Given platform to stand up for marginalized and oppressed people. Like many before, I respectfully kneeled during Nat’l Anthem because, “No one is free until we are all free” (MLK). #imwithkap #blacklivesmatter #LGBTQ pic.twitter.com/DimP3pBtBn

She later tweeted about the event including a quote from Rev. Martin Luther King Jr., writing: "No one is free until we are all free."

Holstine was an English teacher at Shakopee alternative high school for the 2018-2019 year, however, she is no longer a public school teacher.