TikTok moms tend to break out into their holiday-themed DIYs this time of year. One mom, in particular, ended up going viral because of her adorable idea for a DIY photo shoot.

Ashli (@lilashiwee) got over 2.5 million views and 4k comments on her adorable "hot chocolate" photoshoot. She placed her 6-month-old son inside of a giant cup of "hot cocoa" that she made all by herself.

After she went viral, commenters were begging her to tell them how she did it. She said that all she did was paint a large flower pot red, painted a PVC pipe red and white to mimic a peppermint stick, and use real giant marshmallows from Kroger's.

The hot chocolate was water (warmed to perfect bathtime temperature) and a little bit of Hershey's cocoa mixed into it. She also said that she gave him a real bath after this so the chocolate didn't stick to him. 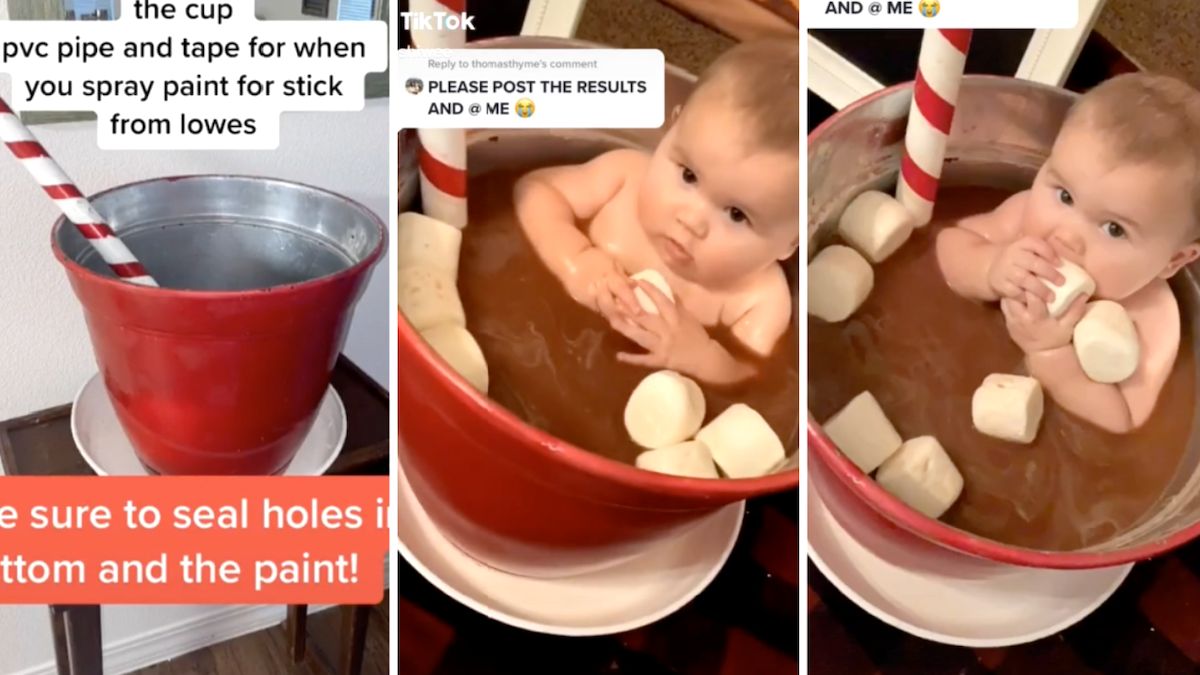 Commenters loved her idea, stating, "This is the most creative thing I've ever seen! HE IS SO STINKING CUTE."

Another commenter said, "I am so in love with this!! He's so gorgeous."