North West is on TikTok.

Kind of. Mom Kim is obviously running the account and making videos with her daughter, who isn't even old enough to technically have an account on the social media platform. Naturally, TikTok users began to troll the very rich family.

The fact that North and Kim made a TikTok account together quickly became common knowledge. Users flocked to the account to begin their trolling sprees.

Tons of users are trying to get North to give out vital financial information (as a joke, of course, because we all know that Kim is fully in control of that account). One person even said, "Do the trend where you show off your parent's bank info!" 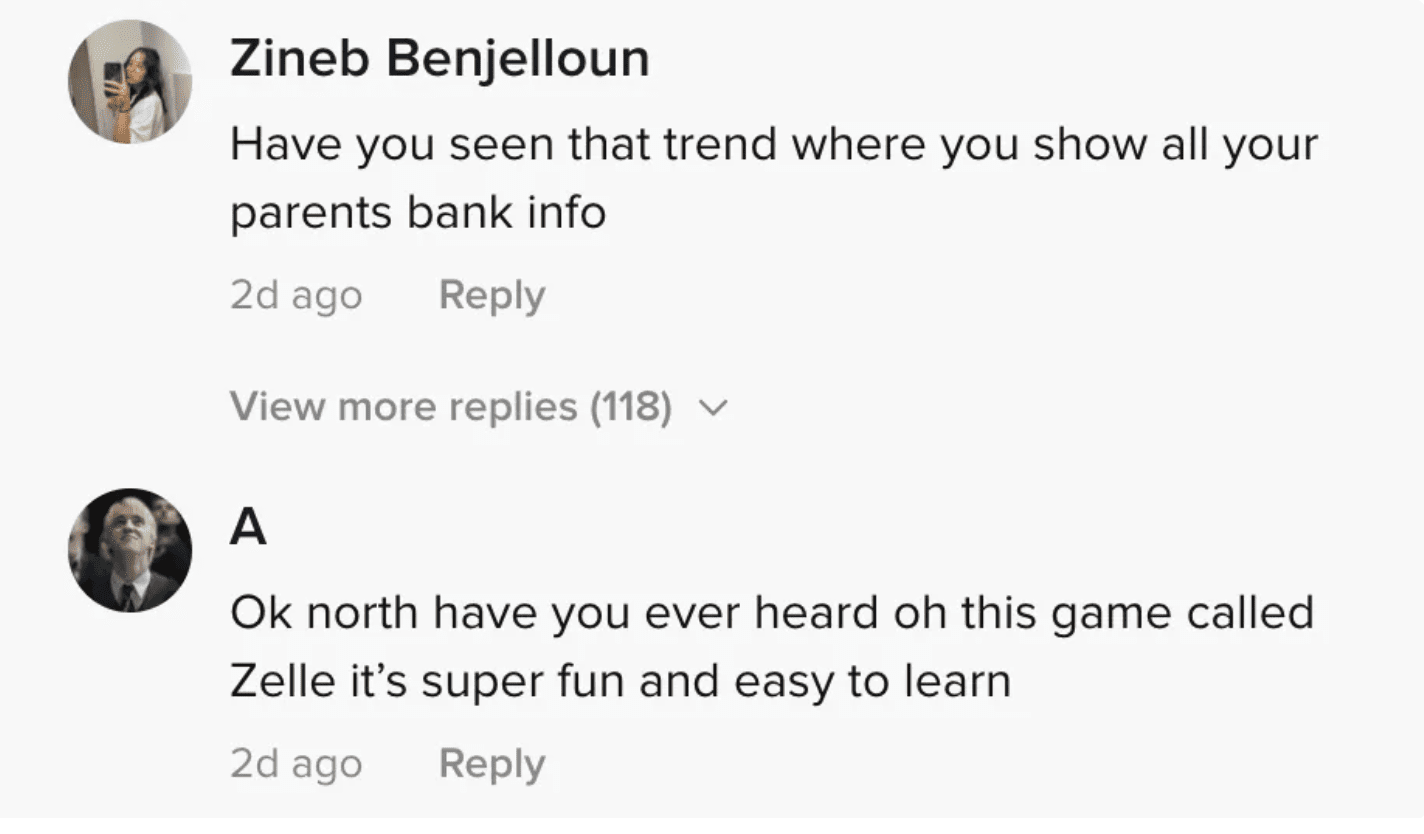 Others took the time to try and get more information about the bizarre relationship between Pete Davidson and Kim Kardashian. Maybe North can give us some insider info about Kylie's new baby?

Either way, it's all in good fun and the Kardashians are no stranger to people trolling on the internet. They seem to be aware (and accepting) of the fact that they're an easy family to make jokes about. Hopefully, North doesn't have control of the phone, though, because things might get a little crazy (just look at what her cousin, Mason, did!)