Bachelor Nation is welcoming another little one to the family soon.

This morning, Sean Lowe and Catherine Giudici announced that they are expecting a third child via Instagram.

The first two have been pretty cool, so why not a third?

“The first two have been pretty cool,” wrote Sean, “So why not a third?” Posted his wife, “#PartyofFive.”

The pair are already parents to two boys, Samuel Thomas, 2, and Isaiah Hendrix, 13 months. In an interview with Sean last year, The Bachelor star said, “We know we want to adopt at least one child, but, at the same time I would love to see what a biological daughter would look like because hopefully, it would look like mama. But, I don’t know ’cause that means if we had one more, there’s a chance it could be another boy and then if we adopted another one, that’s four kids. That’s a lot of kids.” 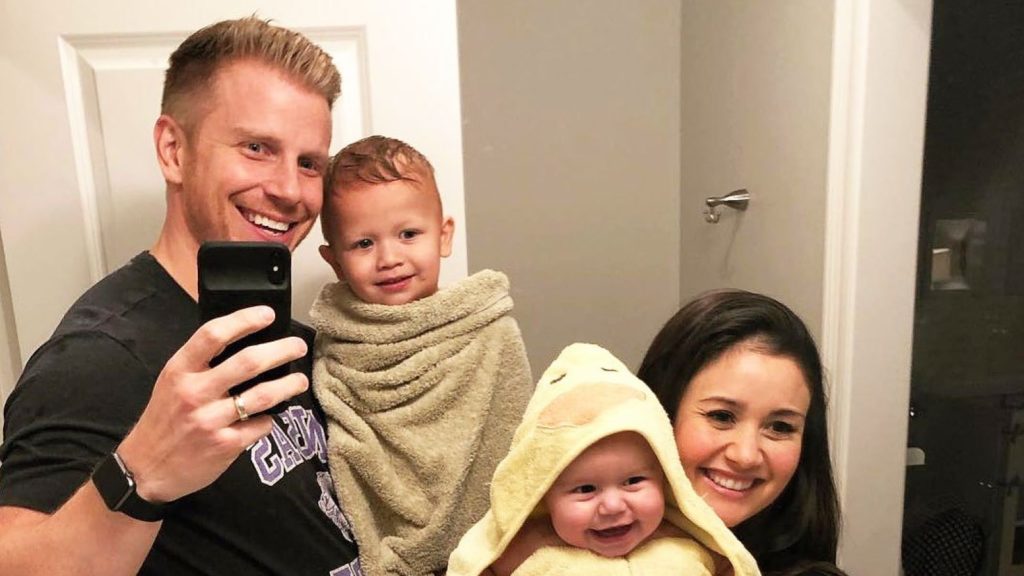 Catherine and Sean got engaged on season 17 of The Bachelor back in 2013 and they tied the knot in a televised wedding ceremony in 2014.

Congrats to the expecting parents!