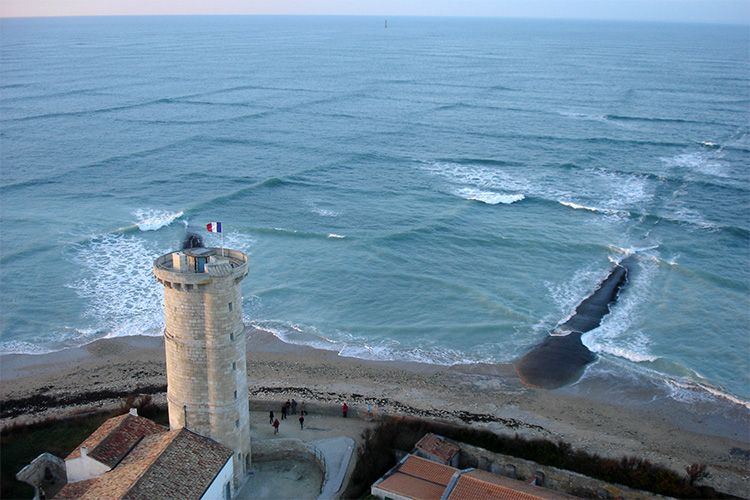 This phenomenon is fairly uncommon, and it usually occurs at the end of large peninsulas, but when it does happen, watch out. This beautiful grid pattern isn’t just there for no reason, due to wind/current patterns, these sections of current within the ocean are clashing at a consistent rate. This is typically represented by choppy or “stormy” water, but this calm gridded pattern is choppy water’s quiet cousin. Underneath the surface, there are unpredictable and clashing currents that can either sweep you out into open water, or drag you under the surface with immense power. It’s best to avoid swimming when the water looks like this, trust us.

If you see multitudes of animals fleeing an area that’s mostly inhabited by humans, you should follow them. It’s likely that they are running from an impending natural phenomenon like a freak earthquake, storm, or tsunami. Wild animals have an innate biological sense to avoid natural dangers preemptively, and when science fails us, humans should listen to their furry counterparts for advice regarding their own safety.