Thailand is known for its beautiful beaches and bays. Many locals know of the harsh blows these sights take because of heavy tourism. One beach, in particular, is making news because of how badly damaged it has become.

Maya Bay in Thailand was made famous in 2000 after a popular movie was filmed there. Unfortunately, the movie crew had already badly damaged the coral reefs and ecosystems under the water when they filmed. Then, more and more boats filled with tourists were making its way through the waters, damaging it even more. 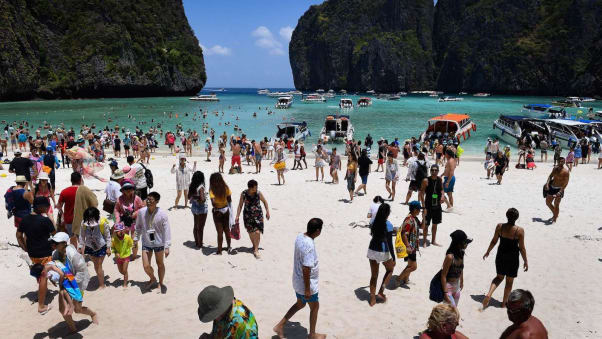 Earlier this year, the beach closed to give it time to “breathe” but now officials are saying it will be closed indefinitely.

Officials are quoted saying, “The beach has not yet returnedÂ to its full condition.”

The boats have caused immense damage to the coral by kicking up sand and “suffocating” them. Officials reported that nearly 4,000 tourists made their way to the beach each day during the peak season.

It’s unclear when the beach will reopen, but it has many people questioning the damage that tourism does to our ecosystems.