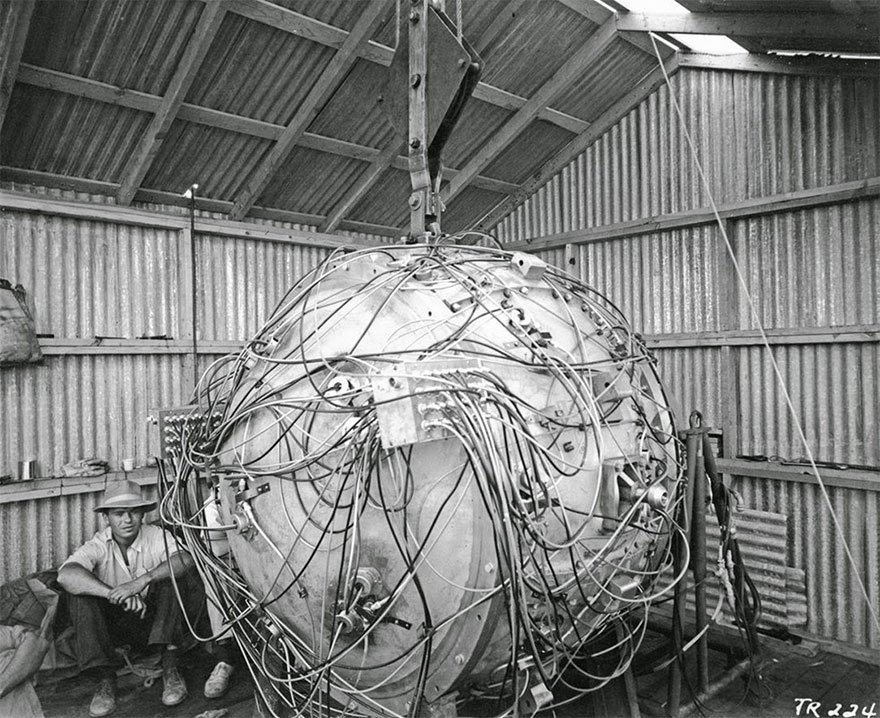 The Gadget was the first atomic bomb, similar to the Fat Man used to bomb Nagasaki only a few weeks after this photo was taken. This image shows Norris Bradbury, group leader for the bomb assembly, standing next to the assembled Gadget atop the test tower. 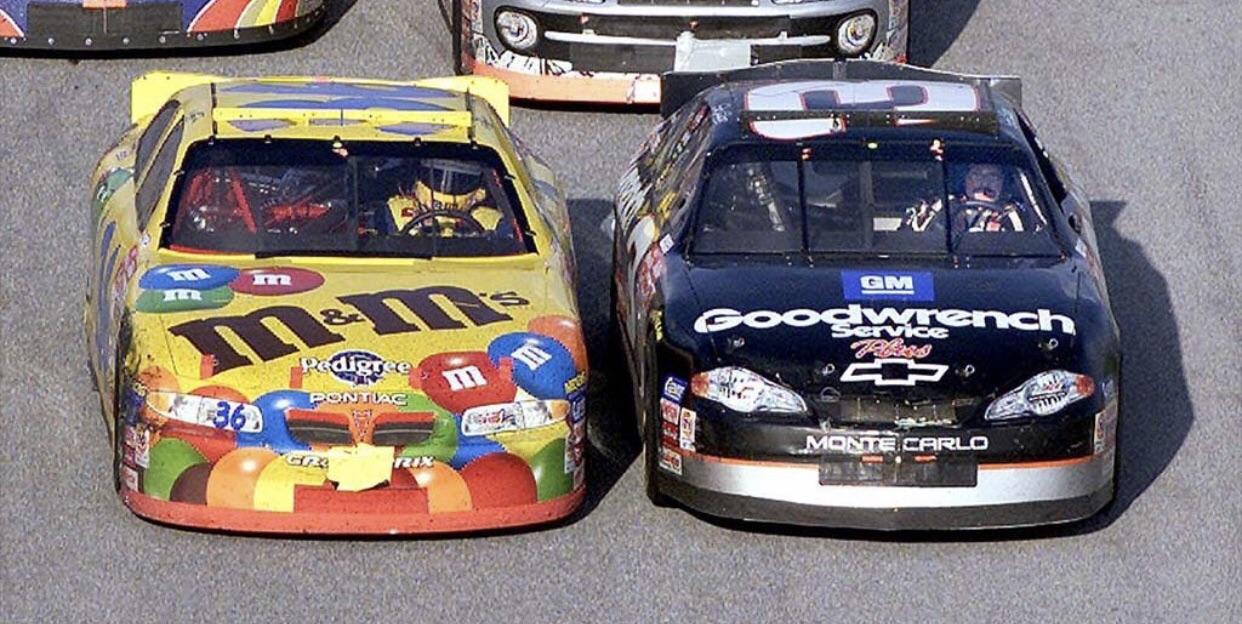 This is the last known photo of Dale Earnhardt Sr. before his death in 2001 at the Daytona 500. The above image depicts Ken Schrader's #36 and Dale Sr.'s #3. They would both be involved in a crash less than two laps later, resulting in Dale Sr.'s death.