Philadelphia Eagles fans are known to take the game and it’s players seriously. When local resident Hakim Law was being interviewed for his heroic rescue of babies from a burning building, he decided to take his air time and call out Eagles wide receiver Nelson Agholor. Agholor recently lost a game for the NFL team.

The most Philly soundbite goes to this guy who helped catch children thrown from a window during a fire. pic.twitter.com/3rH69gU2fL

“My man just started throwing babies out the window, we were catching them…unlike Agholor,” the man said in the clip. Hakim has been walking by at 2 A.M when he saw the fire from the second floor. He quickly sprang into action to help the people trying to escape. 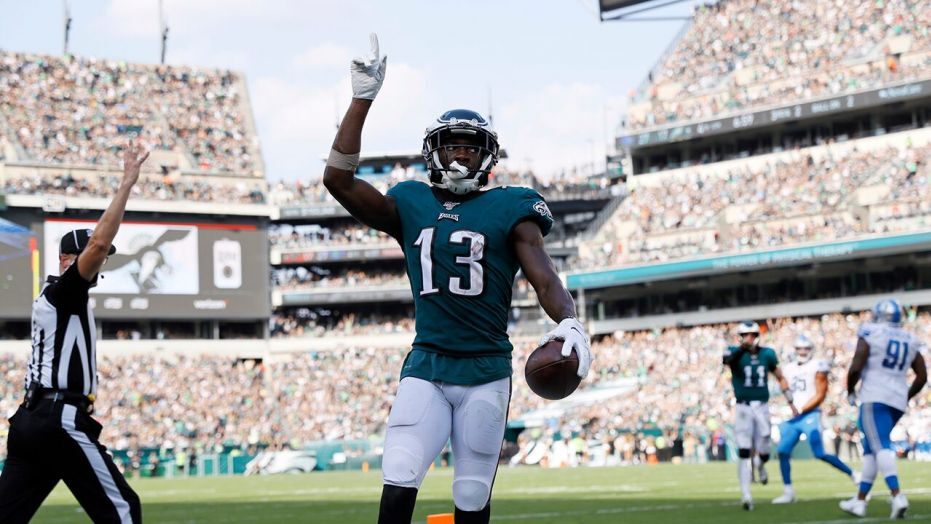 Agholor responded to the fan in the best way possible. He invited the sports reviewer/ fire witness/ good samaritan to the next Eagles game as well as his family. The internet is currently in the midst of connecting the two Philadelphia fanatics.

Thank you for being a hero in the community, would like to invite you and your family to the next home game

Twitter help me out and get me in touch with him https://t.co/uqML3eJ0QT

Agholor fumbled in the second quarter of his most recent game, effectively losing for the team. This was the second big error he made for the team so far this season. Nevertheless, surely Hakim can give him some pointers for the next few games.