Russell Crowe wrote a heartfelt tribute on Twitter to the cat he rescued for his mother back in 2003. The Gladiator actor mourned the cat's passing and explained that seventeen years ago, his mom told him that she wanted a cat. While he was not exactly thrilled with the idea, he had a change of heart while filming Cinderella Man.

During that time, the star went on a bike ride with some friends when Crowe heard a meow in the rain forest. When he went to search for where it was coming from, he stumbled upon a kitten.

The point of the story... that kitten, called Cinders ( Cinderella Man ) died yesterday.
She had never grown to be fully trusting of humans, but, she loved my mum and my mum loved her.

Fairly aggressive with dogs and others, but she never scratched me. I took that as gratitude. pic.twitter.com/WShQH4Sv8P

Crowe scooped up the little kitten and put her in his backpack and kept riding. He returned to his mother with her new surprise, and he said she was "floored." They named the kitten Cinders, in honor of Cinderella Man, which had brought them all together.

When his friend saw the kitten in his backpack he said, "I thought you said no cats?" Crowe replied that he believed the universe was giving him a sign and telling him to respect his mother's wishes. 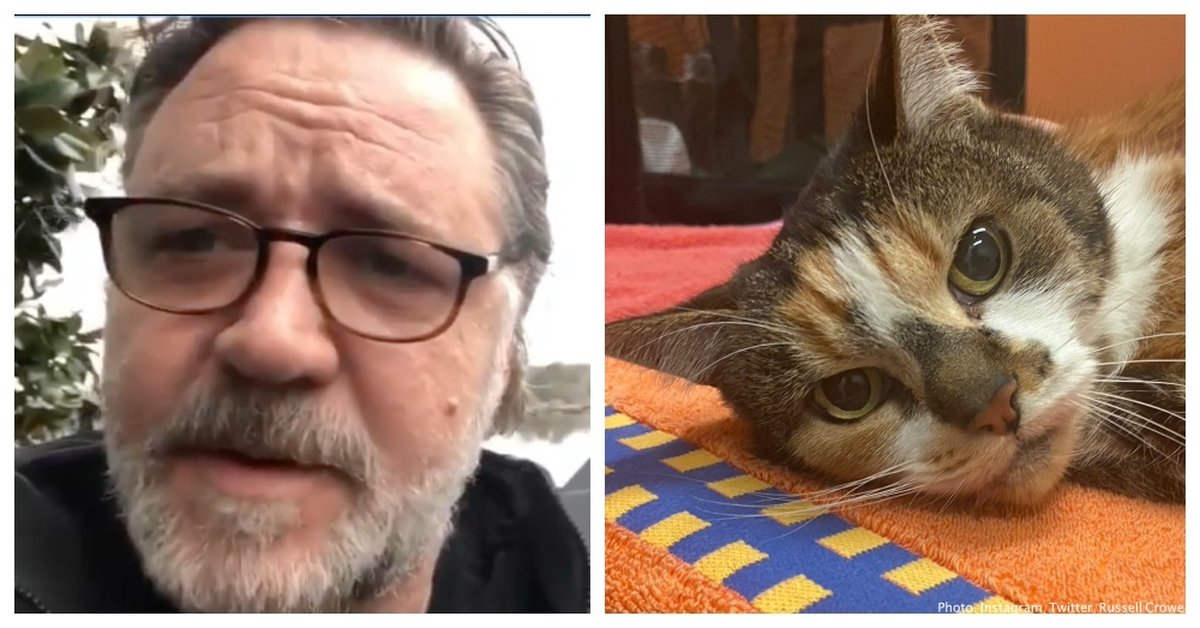 Cinder passed away on June 9th, and Crowe said that "she loved my mum and my mum loved her."