Salma Hayek spoke with Ellen DeGeneres this week and recalled the time that her pet rescue owl, Kering, fondly coughed up a hairball on singer Harry Styles' head. Apparently, he "didn't scream," and "that happens sometimes when you have guests in this house." How lucky is Kering to have met the pop icon. That's more than most of us can say about ourselves! Apparently, Styles was still "enamored" by Kering even after the messy incident. "One time there was a very important celebrity, will not say his name, and he was really excited about the owl and was hoping the owl would go on his head because it was on me," said Hayek. "He's like, 'I need an owl in my life. How do you do that?' And the minute he least expected it, he came on his head." 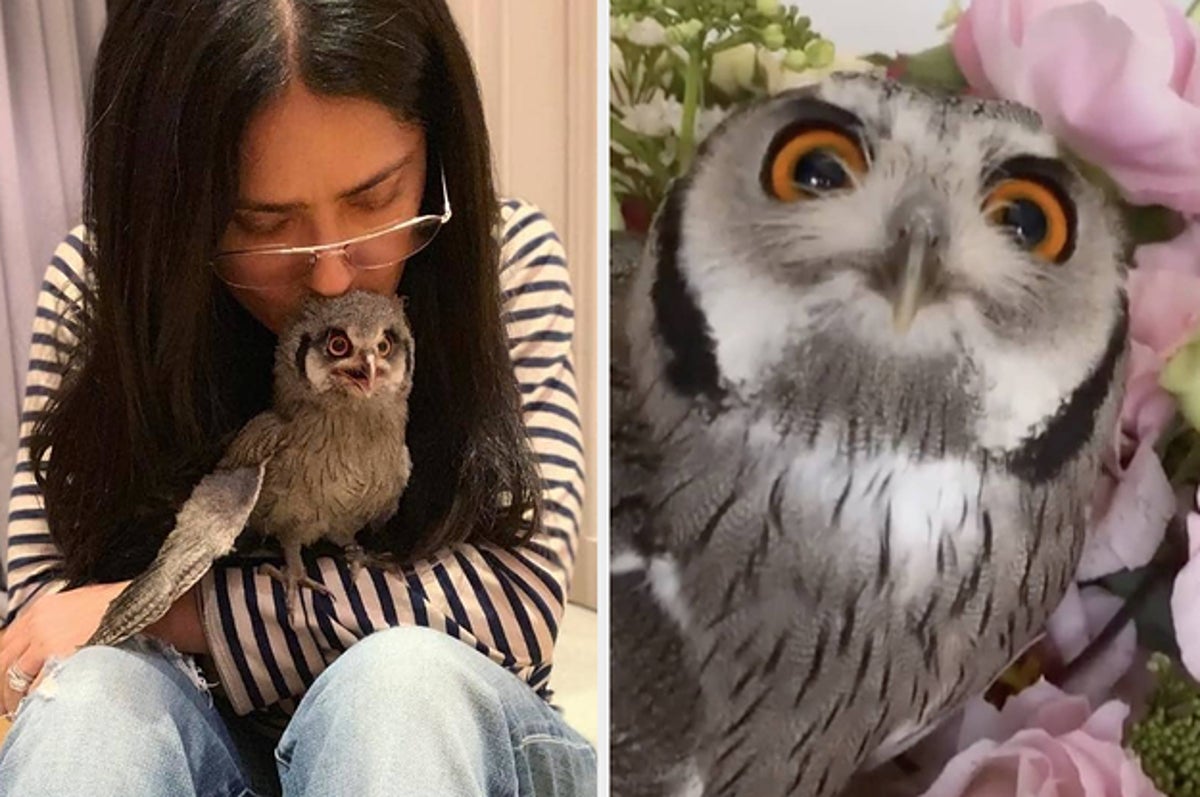 "But then [the owl] did the thing, and this thing came out, this ball of rat hair was on his head," Hayek added, explaining the owl's regurgitation. "He was okay. He was kind of cool, he didn't scream. That happens sometimes when you have guests in this house!" Though she didn't explicitly give away the famous singer's identity, she did say it was a former One Direction member. "I hope I'm not in trouble!" Hayek said. "He was super cool, by the way. He was super cool even with that happening. ... He's the best." 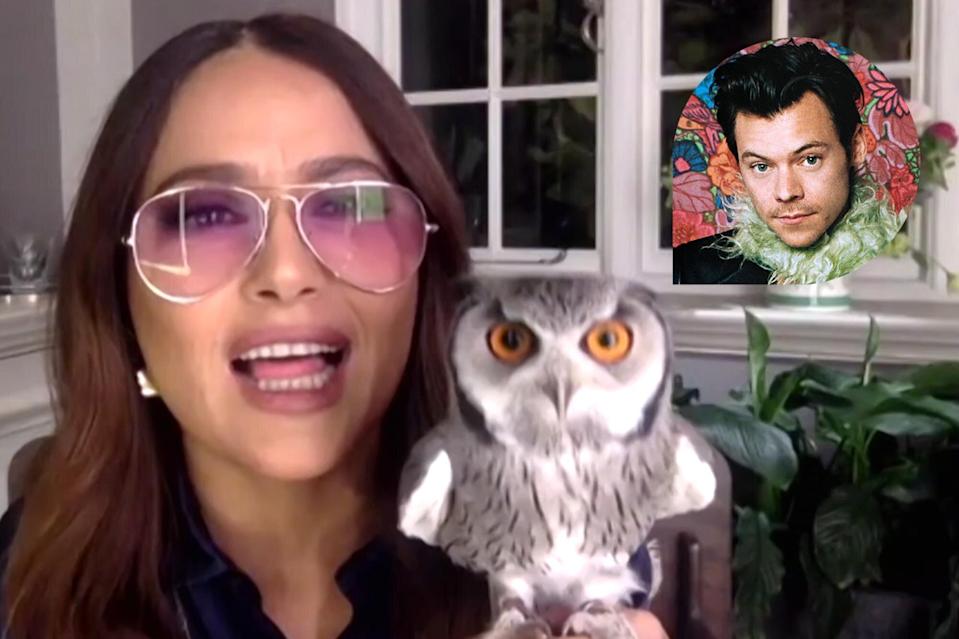 Hayek first met Kering two years ago when she responded to an advertisement about rescue owls. After she did some research about the care that an owl needs, she decided to adopt him. "I gave it to my husband as a Valentine's present and named her Kering because that's the name of his company and their symbol of the owl," Hayek said. "And he was like, 'Well, thank you, but I know this is your own present for yourself.'"