Bogart the Bulldog is going viral for a hilarious reason. Bogart's owners have quite a sense of humor and painted the outside of their fence so that when their pup looked out, it would appear that he was wearing a costume.

A passerby filmed Bogart and the video of him with his funny costumes has been shared nearly 70k times. 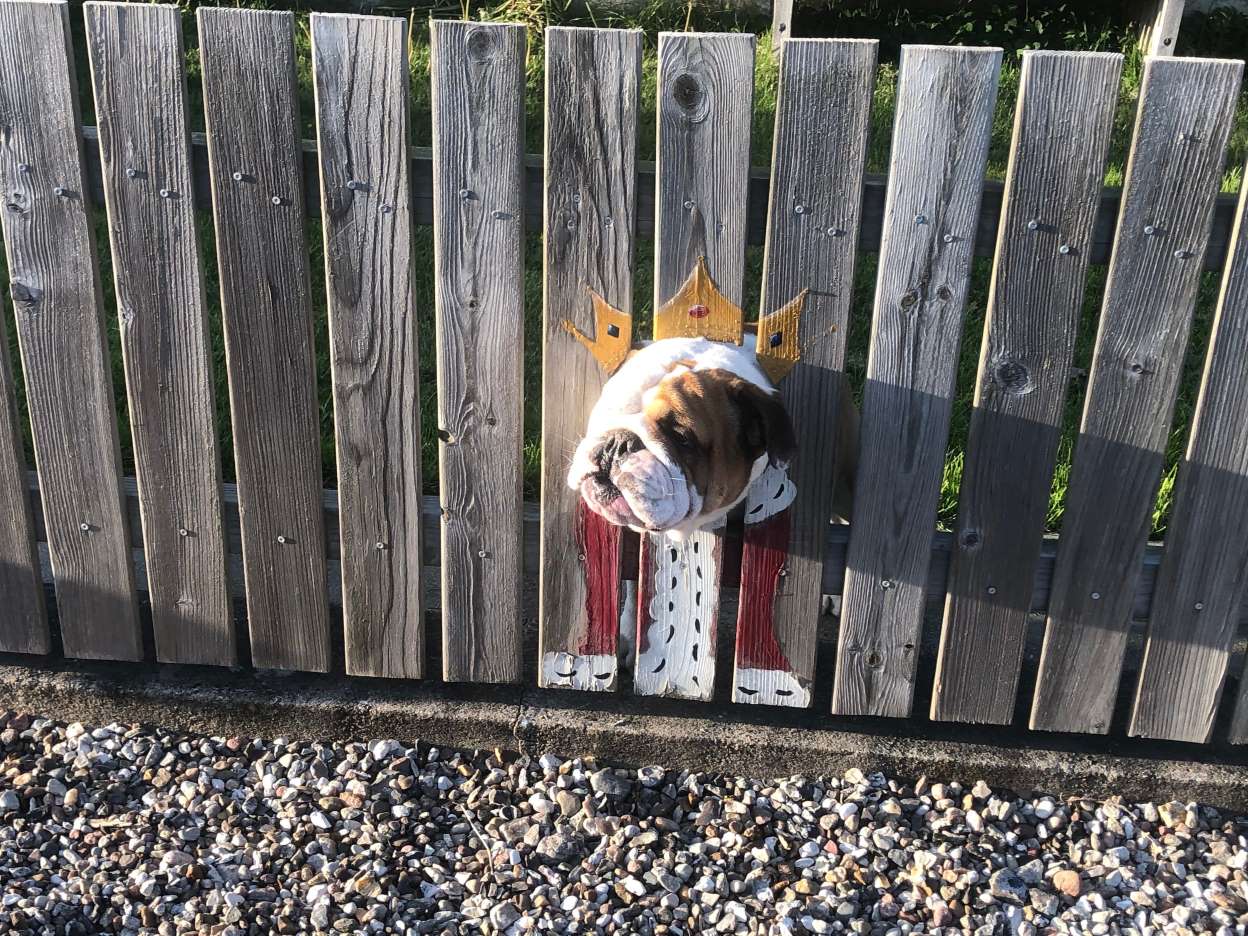 Ranveig Bjørklid Levinsen, Bogart's owner, said that they own two English bulldogs and their elder dog used to jump over the fence. Her husband replaced the fence and added holes to it so that both dogs could look outside without trying to escape.

"I thought it would be fun to have something like at the amusement parks when you poke your head and have your picture taken through the holes," the dog owner said. "I get the ideas but I'm not good at painting. My youngest daughter painted the costumes around the holes." 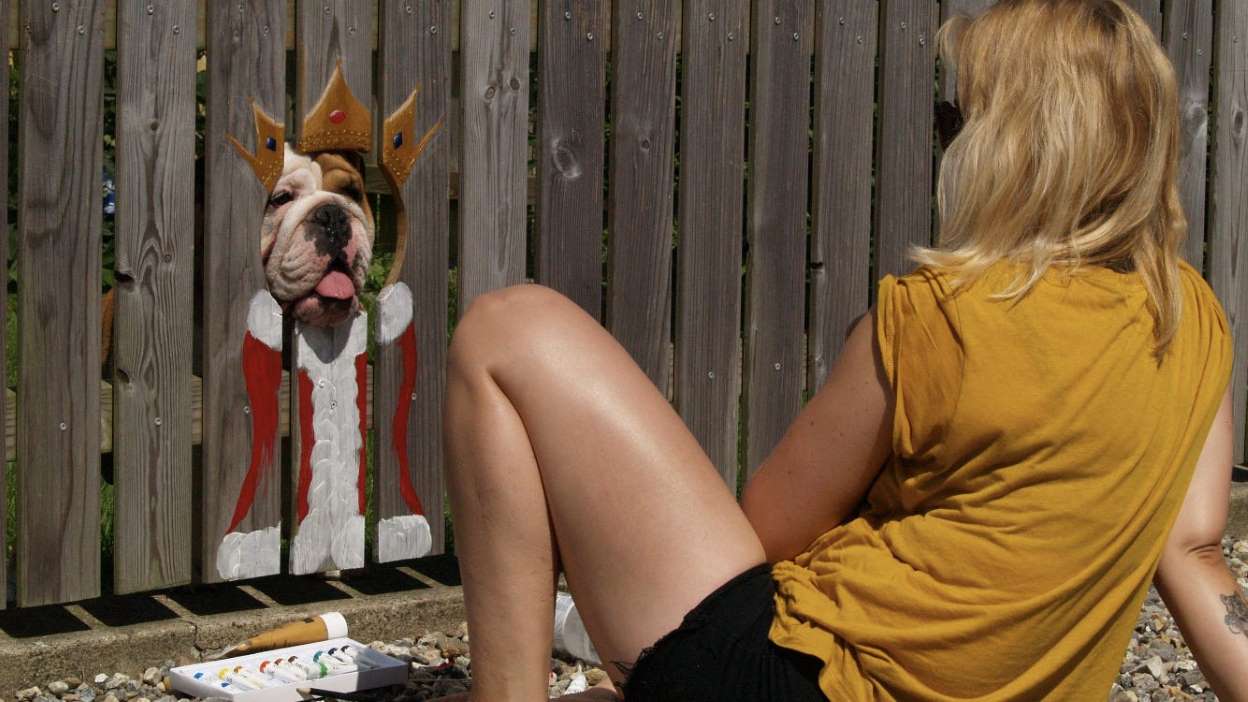 Bogart started going viral after he was filmed staring through holes in the fence that had been painted on the outside with a crown and royal robe.

There's still one more hole on the fence to be painted and the family is tossing ideas around as to which costume they'll select.

"We talk about it from time to time. I was thinking about something like a boiler hat with a cigar or a baby hat with lace," Levinsen said. "We haven't decided yet."