Last week, oil worker, Kendall Diwisch was performing some routine checks on oil wells in Dayton Valley, Edmonton when he spotted something unusual in a sheet of ice.

When he got closer to the area, however, he realized that there, trapped in the ice, was a trio of kittens, their tails frozen to the ground. Without thinking, Diwisch grabbed his thermos of coffee from his truck and poured it onto the ice around where their tails were stuck. 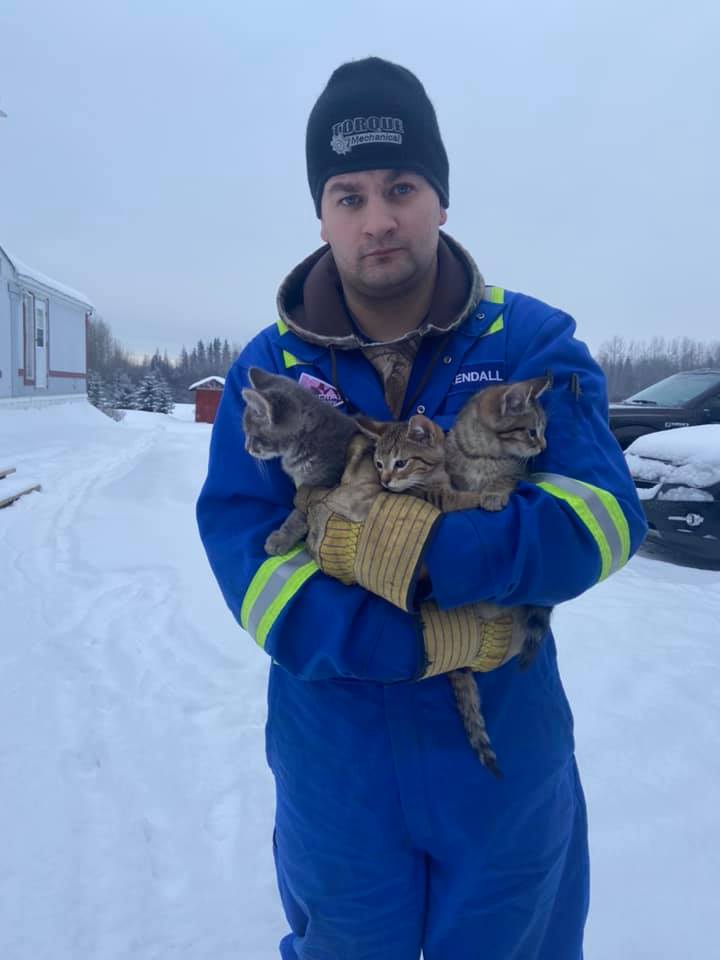 After the ice melted, he was able to lift the kittens from the ice patch. He put the kittens in his car to warm up and drove them to his home. He fed them, cleaned them up, and gave them a dewormer.

Kendall then shared photos of the kittens and the video of the rescue to Facebook, hoping to find a family to take them in. "...they look to be healthy and friendly," he wrote.

Diwisch's creative rescue has been viewed more than half a million times, and more importantly, he found a family to take in the three kitten brothers.

Upon finding the kittens a home, he wrote, "All three little rascals went to their new home today where they get to be together instead of separating them. All three are eating and drinking and very energetic. Thanks for everyone's consideration and offering to take them; very appreciated."