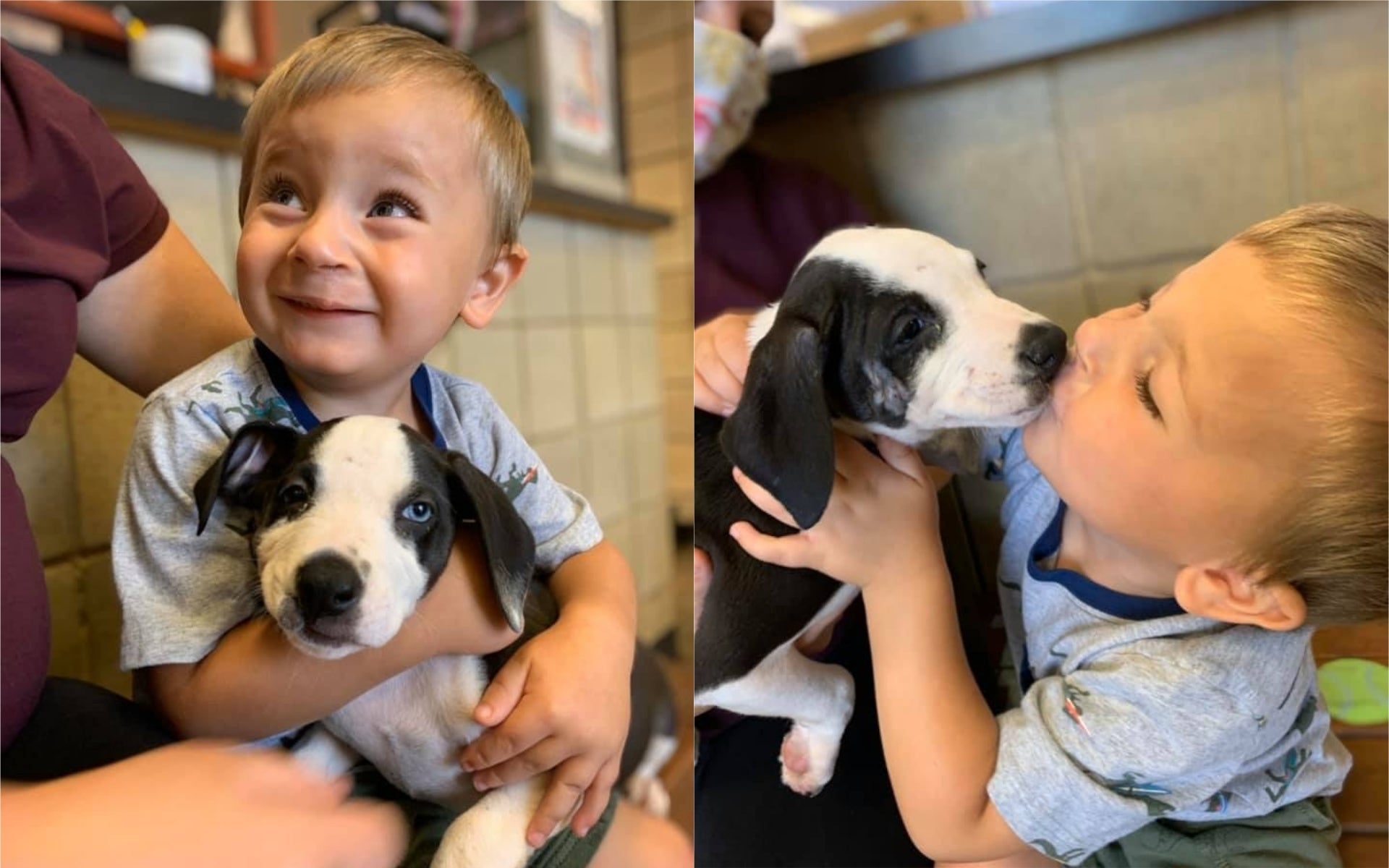 One Michigan family had a new addition to their family—who sported the same special condition as 2-year-old Bentley.

Last week, Brandon Boyers visited the Jackson County Animal Shelter in search of chickens. However, he ended up falling head over heels for a 2-month-old Labrador-Retriever mix with a cleft lip, just like his son. Boyer knew that the puppy, Lacey, would be a perfect match for Bentley.

"He called me and said, 'They don’t have the chickens, but they have a puppy,'" said Ashley Boyer, Bentley's mom. After meeting Lacey via FaceTime, she exclaimed, "We need her!" 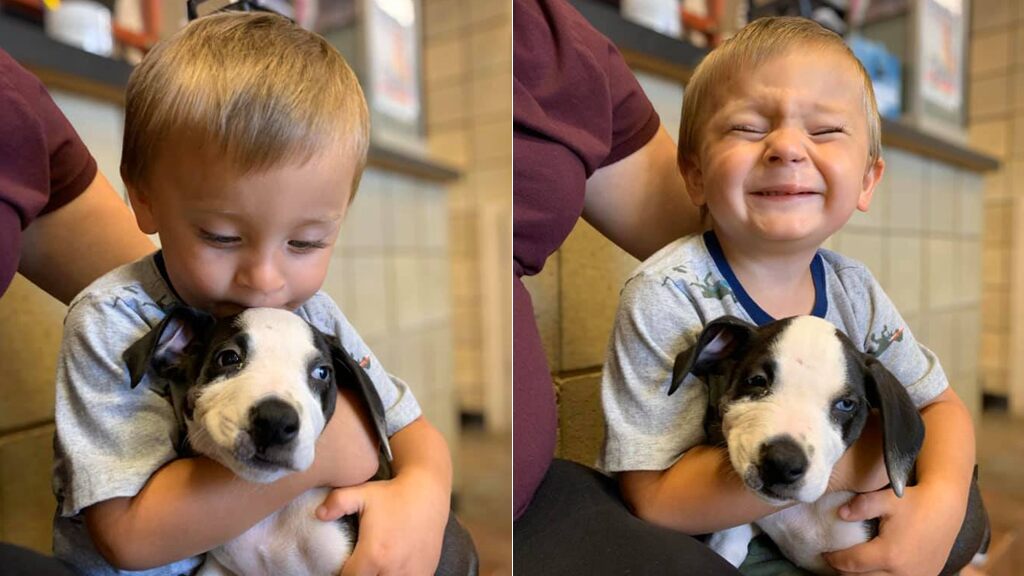 With the paperwork all filled out, Lacey came home to her new family this past Friday. Bentley and his fur-ever friend have since been inseparable.

Bentley has undergone two surgeries for his cleft lip. His mother hopes that Lacey will help remind him that he's perfect just the way he is.

"I think it will have a lot more meaning to him to have a puppy with same birth defect he had, because it shows that neither of them are any different than any other kid or puppy that are their age, they both are equal to all each other," Ashley said.