Pam and Jim Reunited for A Stanley Cup Rivalry

Office fans rejoice! John Krasinski and Jenna Fischer (aka Jim Halpert and Pam Beesly) got together again, this time for a little well-intentioned hockey rivalry. Krasinski is a dedicated fan of all Boston sports, and Fischer supports the St. Louis Blues. 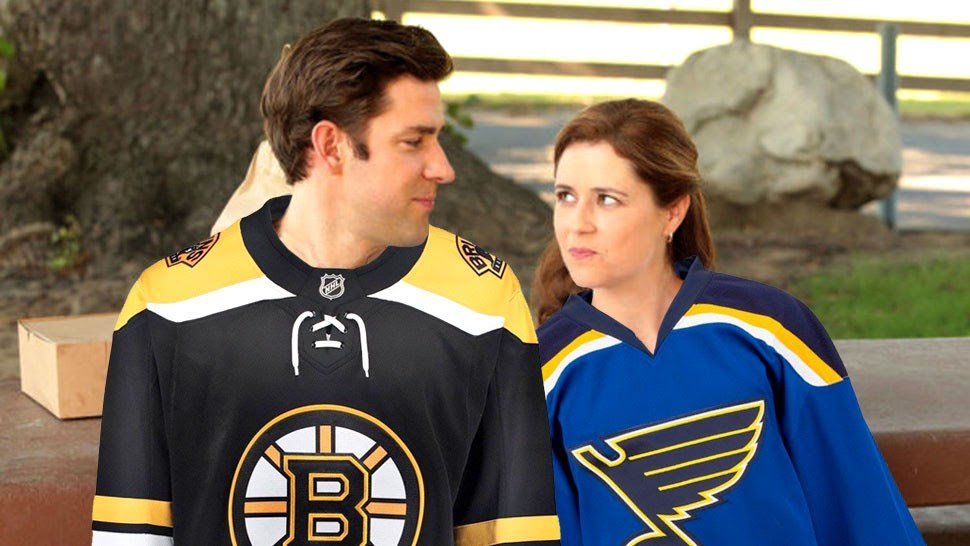 When the two teams became the finalists for the Stanley Cup, Fischer wasted no time showing her love for the Blues in a video posted on the team Twitter page. John Krasinski quickly responded “uh oh…”

In the days leading up to the big game, the two went back and forth online with jokes and quips about who’s team would leave the icerink victorious. Other Office stars weighed in as well, like Steve Carrell sporting a Bruins hat.

Even Roy, Pams ex-fiancee before Jim, attended the game. He and Krasinski are filmed having a beer before the festivities kick off. Wow! Glad they can put the past behind them.

Pam, or rather, Jenna had the last laugh as the St. Louis Blues took home their first ever Stanley Cup trophy. The long shot odds paid off at the end, and the two (hopefully) squashed their rivalry, at least until next year.