Down 13-7 with a little less than 5 minutes to go in the second quarter, the Dolphins were on a fourth and goal from the Eagles' one-yard line. While in most cases the team on offense would go for a field goal this early in the game, the Dolphins decided to go with another option...a trick play.  After all, they're just playing for fun at this point.

The Dolphins set up for the play with their punter lined up in shotgun formation, making it clear they had no intention of going for the field goal.

Punter, Matt Haack, received the snap and appeared to have two options. He could attempt to run into the endzone himself or throw it to an open receiver. He made a throw, to the least likely player on the field, Jason Sanders, the placekicker. 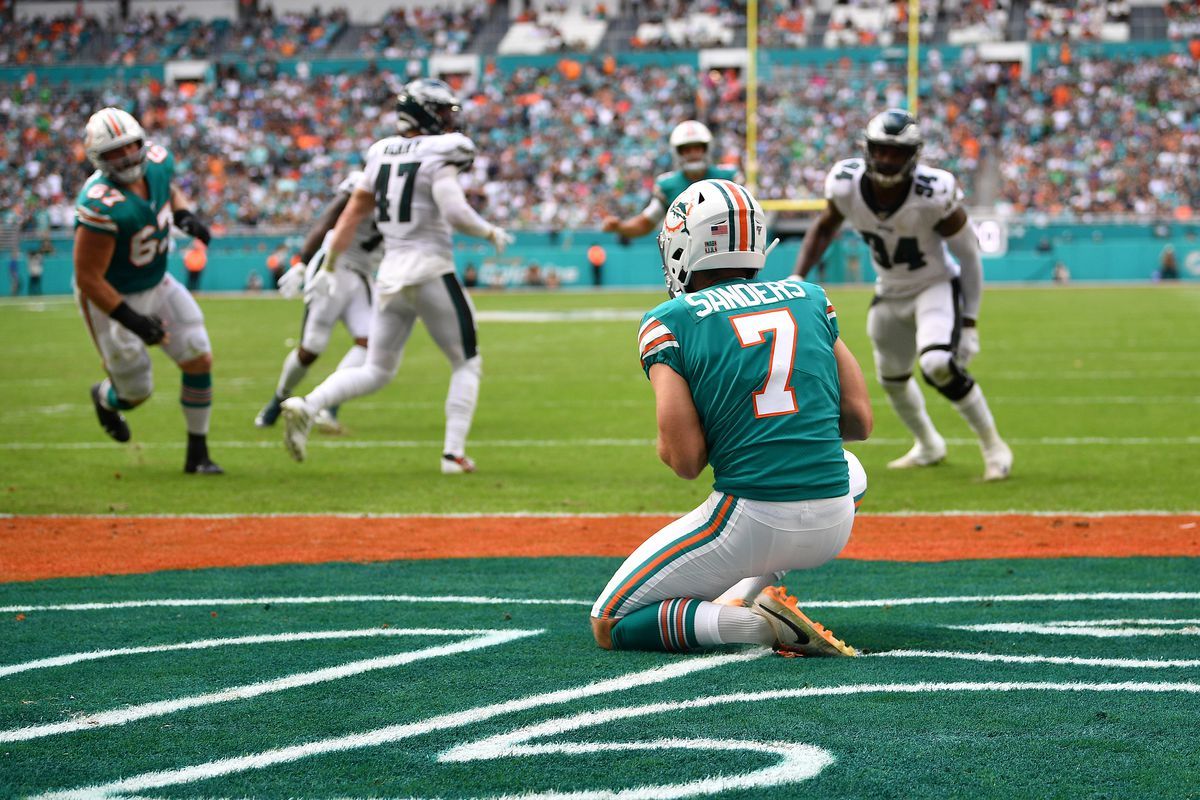 The play fooled just about everyone, on and off the field, and Sanders caught the pass for a touchdown, giving the Dolphins a 14-13 lead over the Eagles.

Sanders is the first placekicker (by primary position) to catch a TD since Jim Turner on October 16, 1977. The Dolphins shocked the world and took home the win over the Eagles 37-31.