Have you ever "hacked" The McDonald's menu? For example, have you ordered a regular burger but with McNuggets on top? Or adding a hashbrown into your McMuffin?

McDonald's has been listening to their customer's creative innovations with their menus. So much so that they're releasing a "hacked" menu for the first time ever on Jan. 31.

"Our fans are always coming up with different ways to make a McDonald's meal uniquely their own. That's why, for the first time ever, we're spotlighting their creativity by officially debuting four fan-favorite creations on menus across the country for a limited time," the press release read.

They are officially introducing:

The Hash Brown McMuffin: a Sausage McMuffin with Egg topped with a hashbrown.

The Crunch Double: Chicken McNuggets topped with a Double Cheeseburger and drizzled with Tangy Barbeque Sauce. 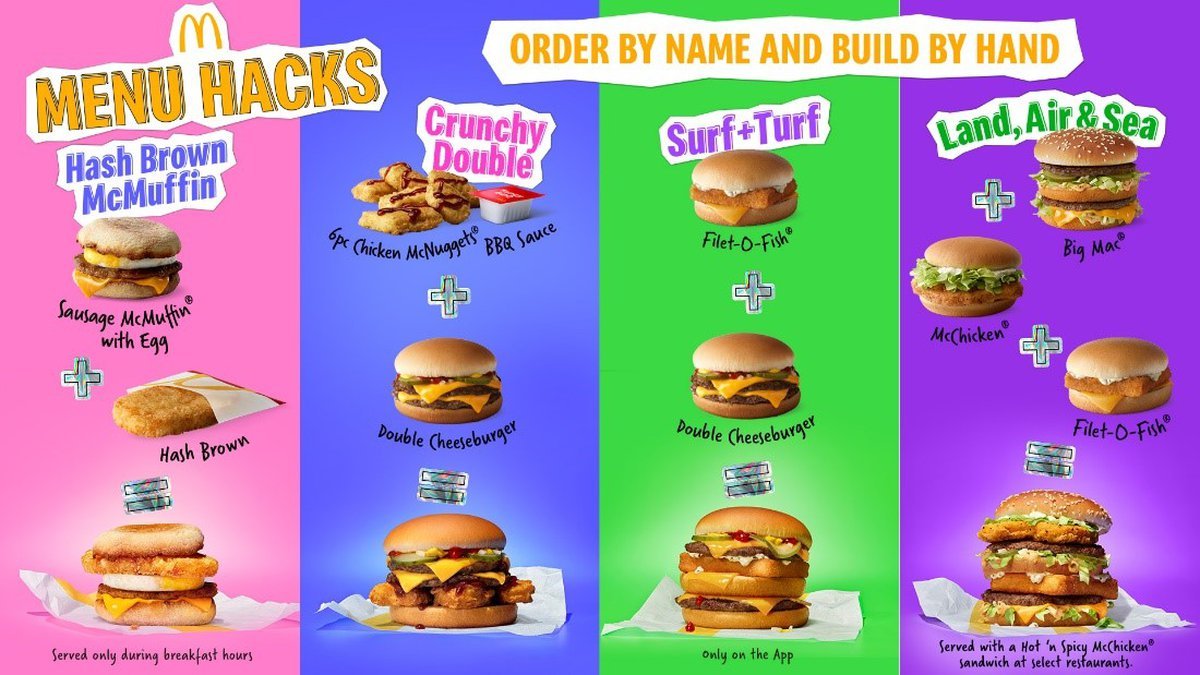 The Surf + Turf: The Filet-O-Fish paired with a Double Cheeseburger.