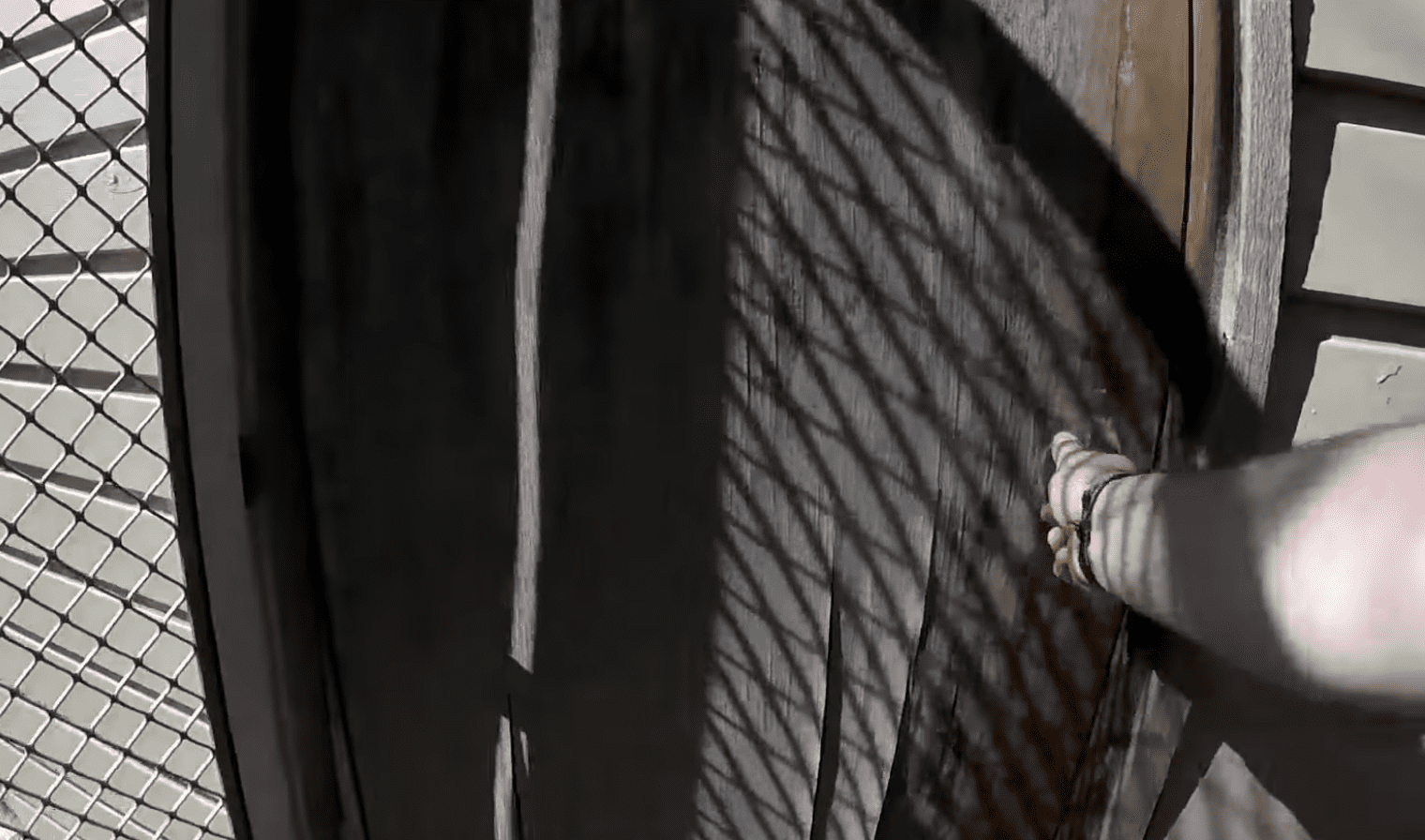 He opened the door to a powerful smell that made him clap a hand over his face. Inside, the floor was covered in what appeared to be animal feces. It looked like a cave... the ceiling was arched and made of dirt, and the windows appeared to be dug out. 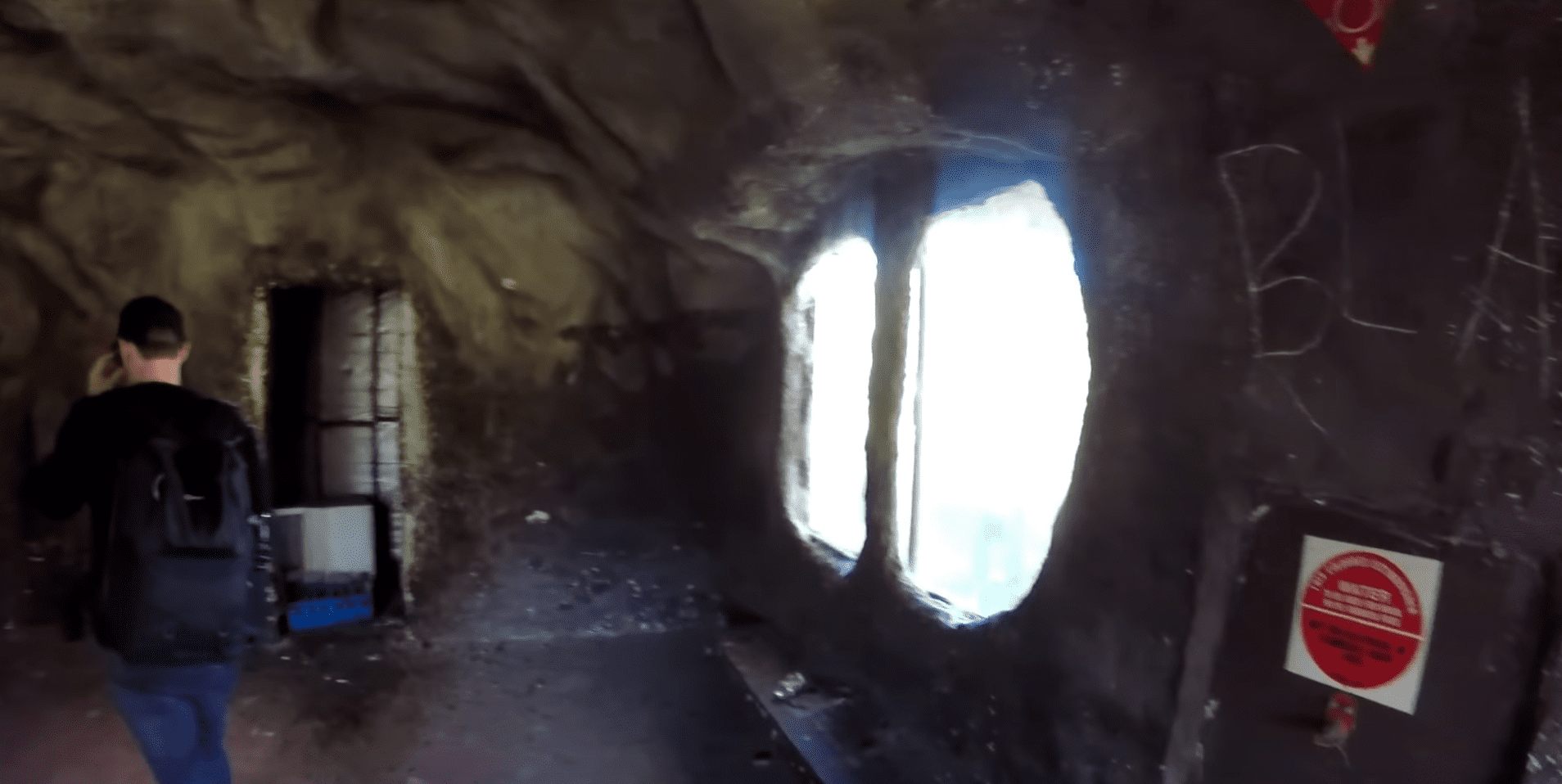 There were no lights inside, so Luke used his flashlight and the small amount of natural daylight to look around the room to see if he could find anything of interest. He moved toward a dark opening in the wall that looks like the entrance to another part of the cave. Naturally, he was drawn over there...