Children from Harrisonburg, Virginia got a sweet Christmas surprise from a former resident, Adam Armstrong.

The low-income neighborhoods and housing complexes in the area, where Armstrong grew up, are filled with poor families and children who don't get much of a holiday celebration. Armstrong decided to do something about that. 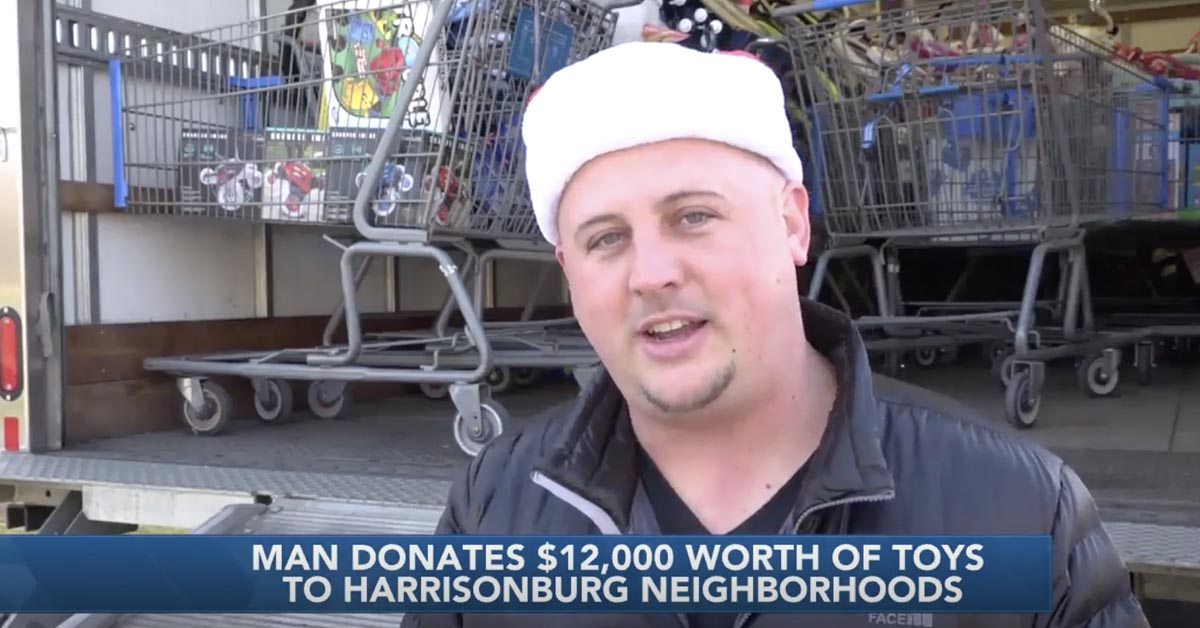 He grew up in mostly a government-subsidized apartment complex, and when he was 18-years-old he went to prison for 3-months for marijuana possession. When he was released he committed to bettering himself.

He now has a family of his own and as he has become more financially comfortable, he felt compelled to do something to give back to those less fortunate. This week, he packed up a moving truck with 1,327 toys (worth over $12,000) to give away to all of the children.

At first, the property manager, Sara Lewis-Weeks, was skeptical of his intentions, but he surprised her and made good on his promise.

“It wasn’t like stuffed animals—he was giving away bikes, remote-controlled cars, real Barbie dolls—not Dollar Store Barbie dolls," says Weeks. “He didn’t miss anybody. His heart was truly in this." 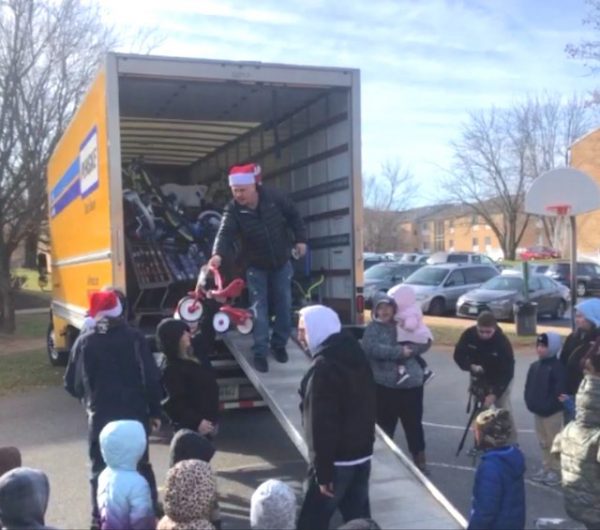 Armstrong told the Washington Post that he was happy to help bring joy to these children during the holiday season.

“The kids were so innocent and sweet," Armstrong told the Post. "You can’t put a price on looking at these kids’ happy faces. Some of them have nothing, and to be able to give them a small toy… the reward and the pleasure was mine."