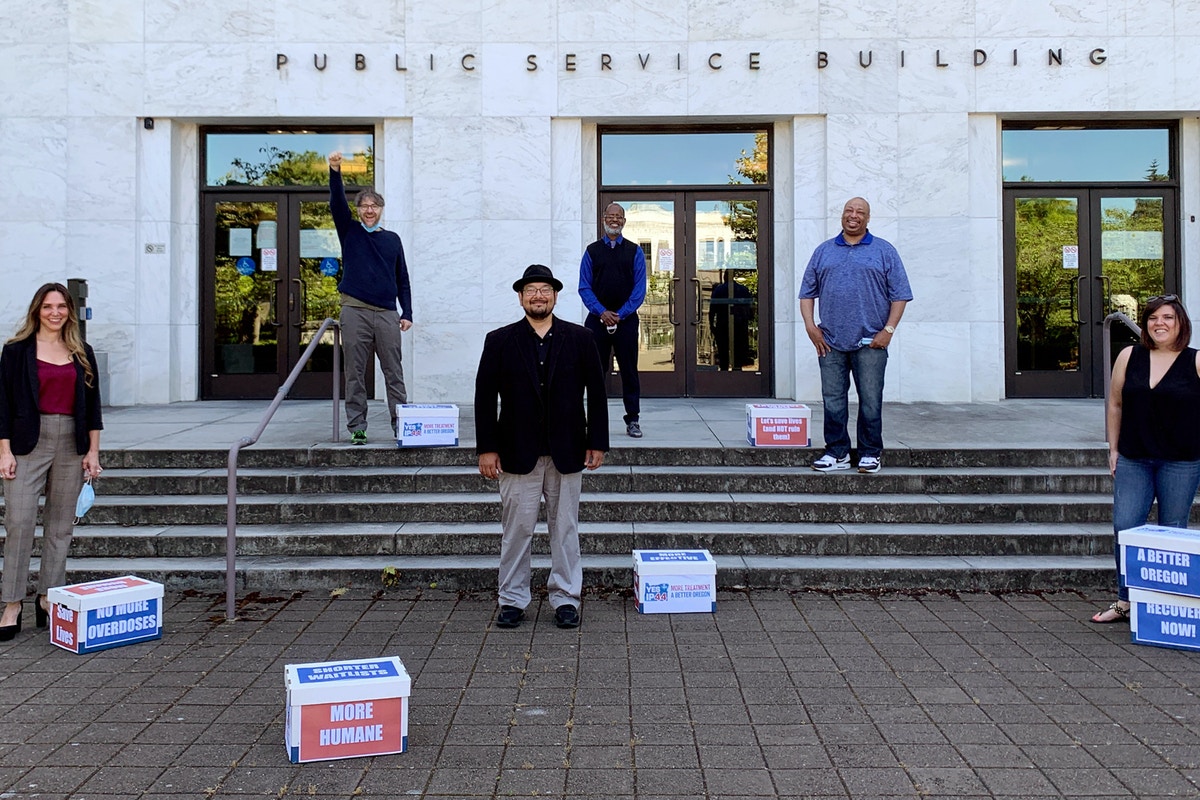 Oregon has become the first state in the nation to decriminalize hard drug use.

"Today's victory is a landmark declaration that the time has come to stop criminalizing people for drug use," said the executive director of the Drug Policy Alliance, Kassandra Frederique. "Measure 110 is arguably the biggest blow to the war on drugs to date."

The ballot measure decriminalized the possession of heroin, methamphetamine, LSD, oxycodone, and other hard drugs.

For those who are found with personal-use amounts of these drugs on their person, they would have the option of paying a $100 fine or attending new "addiction recovery centers" funded by tax revenue from Oregon's legalized and regulated cannabis industry.

Oregon became the first state to decriminalize the possession of marijuana in 1973. Although the concept may sound radical to some, those who back the initiative assert that locking up users and charging them with crimes—which made it difficult for them to maintain stable housing and income after being released from prison—was clearly not working.

The measure will likely reduce racial and ethnic disparities in both arrests and convictions.

When hard drugs were decriminalized in Portugal in 2000, there were no spikes in drug usage. In fact, drug deaths rapidly decreased while the number of those who entered treatment for addiction rose 20% before stabilizing.

"This is such a big step in moving to a health-based approach instead of criminal punishment, and we’re devoting significant new resources to help Oregonians who need it," said Janie Gullickson, the co-chief petitioner of Measure 110.