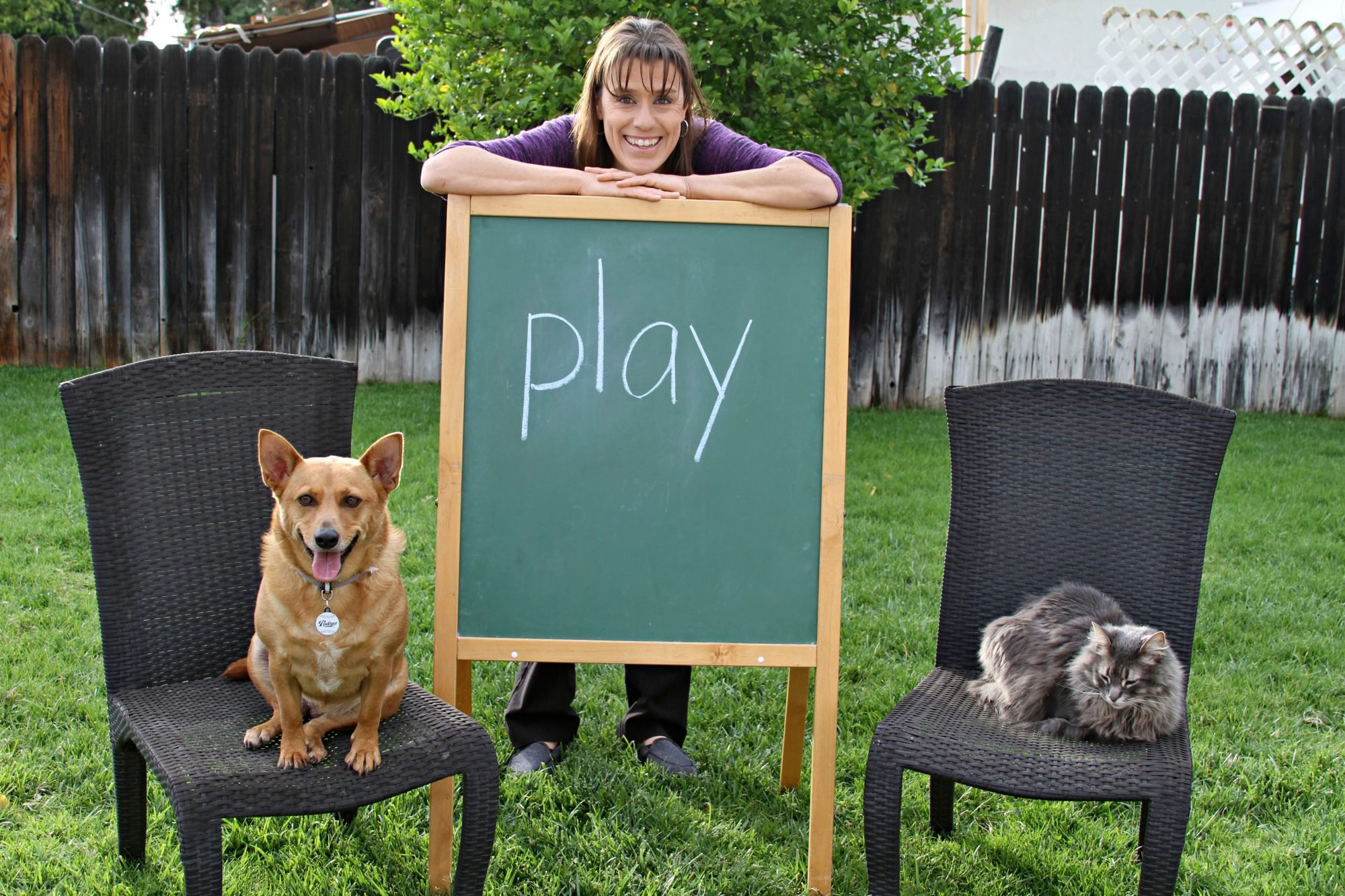 When the COVID-19 pandemic began last year, Jessie Bekkedahl was desperate for a way to keep her students engaged during their virtual learning lessons.

"I tell people you haven't lived until you've had a kindergarten Zoom or Google Meet," Bekkedahl said. "They show you their pet or put their face WAY into the screen. Or they'll just go off on a tangent and talk about their grandma and Sea World and random stuff."

To assist her in capturing her kids' attention, Bekkedahl brought in her 3-year-old Corgi mix, Ginger, to serve as classroom support. Ginger quickly became "Professor Ginger."

Ginger and her fellow teachers—Hannah the dog and Axel the cat—leaped paws-first into teaching. The furry trio poses and acts in Bekkedahl's video lessons, which cover words, letters, shapes, and more.

"I noticed anytime I make a video where it's interactive, where they have to guess along with Ginger, they're engaged a lot more," Bekkedahl says. "They pay attention to her way more than they do me."

According to Bekkedahl, the children think Ginger is a genius. "They're like, is she in kindergarten?" she said.